It is our last Travel Tuesday of January and this week you can write a post, link up, and share with us all about your Travel Misadventures. Have you ever had a trip where everything went wrong, a trip that you looked forward to but was an epic failure, or a trip that was great except that one crazy mishap? =

Things are bound to go wrong. One such memory I have is on the tail end of my several week long solo adventure in Australia. I was coming home and was on one of a few planes to get me to my final destination. I was coming home with many great memories and momentos from the weeks that had passed. Up until this trip Australia had been my numero uno place to visit and I had greeted it like an excited school girl. That summer of 2002 after my first year of Uni under my belt, had been everything I had hoped it would be.

That is when I am on the plane and I have a flight attendant come up to me and talk to me about my bags. This is after we have experienced a delay due to something about luggage. I can already feel the heat rushing to my face. One of my souveniors is a huge size bottle of cordial, a syrupy substance you dilute heavily with water to make a sweet drink. Apparently it had exploded or at least the plastic bottle had cracked open. It sounded like it had made quite a mess and now I was quite embarrassed. When I finally got to my destination and picked up my luggage I was saddened to find out that not only had it gotten over pretty much the majority of my things but it had ruined a few of them too. A souvenior Aussie rules football magazine from the game I went too that I got for my then boyfriend (my now husband of 11.5 years) was pretty much a goner. Word to the wise watch what you decide to take home with you.

In more recent travels it makes me think about what happened when I took my husband home to Naples, Italy with me. It was a much anticiapted trip as he had heard me talking about my years growing up in bella Italia since 2001 and it was now 2012. You can read all about it in my night in an Italian Jail. 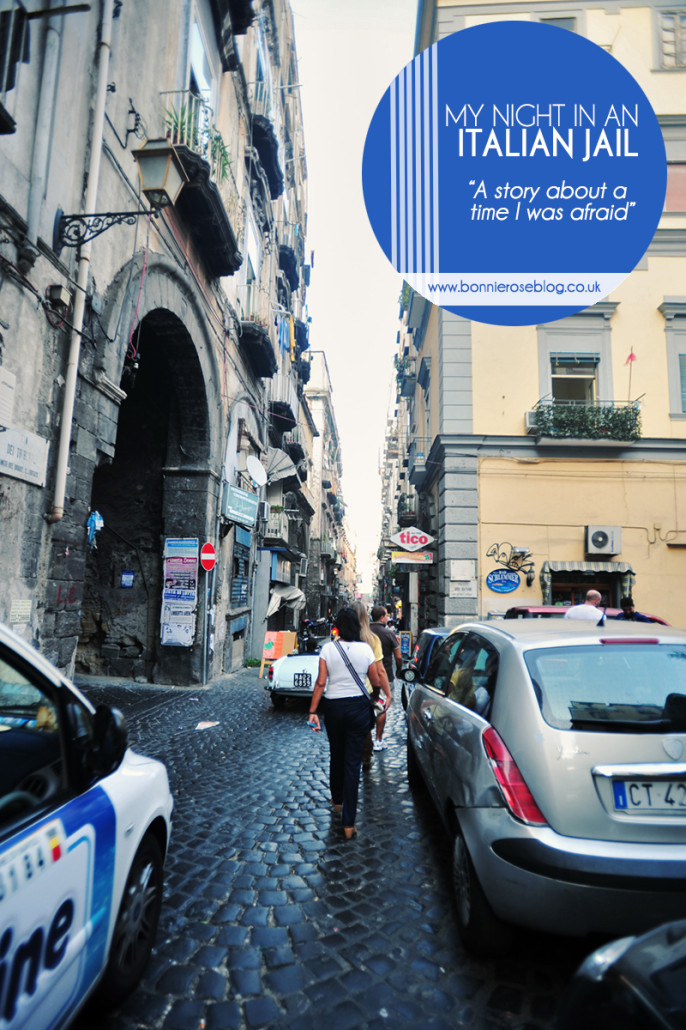 Stay tuned for next week when I will announce the new Travel Tuesday co-hosts for next week and with a final goodbye to our current hosts on next week’s post!