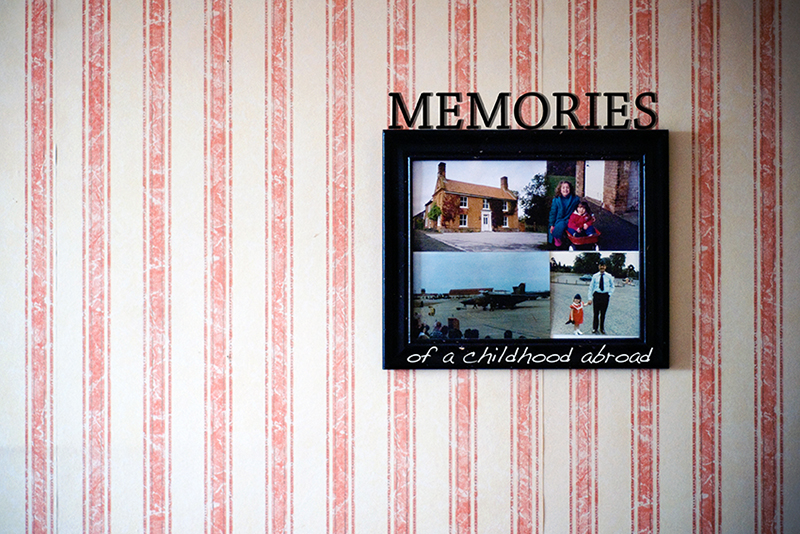 Part of being a Third Culture Kid (TCK) is how the memories of your developmental years shape the rest of your life.  There have been two periods of my life as a young girl where I lived in England. My father, a USAF officer, was stationed in England for three tours for a total of nine years.  Two of those were at military bases of Upper Heyford in Oxfordshire and Lakenheath in Norfolk.  During his years at Lakenheath AFB, we lived on the economy in a small village called Saham Toney  All the other American children I knew went to school on base, while I went to the primary school in the village.  My mum has recollected how being the only American family in that village was a positive situation for us while the Gulf War, codenamed Operation Desert Storm, took place.  It was a time period in 1990 to 1991 where my father was absent from my memories of Norfolk, England.

I remember the day my dad walked me home from school and talked to me about the war going on in a place that seemed so far way.  I would have been about eight years old, the same age my son Ronan is now.  We discussed about the other missing fathers and mothers who were off fighting the war already.  He held my hand as we walked and began to tell me he would be going away too.  I was so sad and did not want to believe the news.  I remember asking about my mum and how she took the news.  What would we do while he was away at war?  Did he really have to go?

He did.  I understood it was part of his job in the military.  Something I accepted as all military dependents do.  I could not have asked for a better place to be during that time than in that small village going to school in a place that seemed so far away from all things war related.  I was the only child whose parent was off fighting in the war.  I did not have to be reminded daily by seeing other military men and women in uniform or by the tearful eyes of other families missing their loved ones.  We were so taken care of by everyone at that primary school and by our friends in the village.  Even the kindness of strangers by those who lived near by and knew of the American family who lived at that farm house.
It is a period of great memories and I am today facebook friends with classmates of mine from that time.

What really helped was having my friends at school and being involved in activities like Brownies (version of girl scouts).  I remember putting on a play for our Brownie troop with my friends with a script based off of the American Girl Doll, Molly, who grew up stateside during WWII.  We used to have it on video, and watching an american play with us little girls all in english accents was priceless.

Most of my favourite memories are from years growing up in Europe and many of them include my dad now that he is really gone.  One of the best memories I have is when I was finishing up a day from school.  It was the afternoon and I had just completed a game of field hockey with the other girls and we were now changing to go home for the day.  A classmate ran into the room and exclaimed to me that my father was outside.  I remember shaking off the news with out a care because I knew my dad was not there.  He was a world away. He was in a desert.  He was not in England and certainly not at my school.  Grabbing my belongings I left the school building to be proven very wrong as my eyes met  my fathers.  I remember the way he looked. He looked so tall (from my short stature of being a young girl) and so tanned.  I do not remember my father every looking so dark. He was smiling and I dont remember if I dropped my bag or ran with it under my arm. But I ran all the way to be greeted by his arms in a hug.  To be honest my eyes are filled with tears as I write this because it was such a happy memory.  Times when I wish I had my father now I wish I could just close my eyes and open them again to see that same smiling face.  To be able to give him one more hug. To hear him say ‘I love you’.

That would not be the last time my dad would be away.  More reasons and situations would call him away and more memories without him would be made. However my memory of him being gone so frequently is outweighed by all the wonderful and beautiful memories we shared together during his life. Many of which involve my land of birth, England.