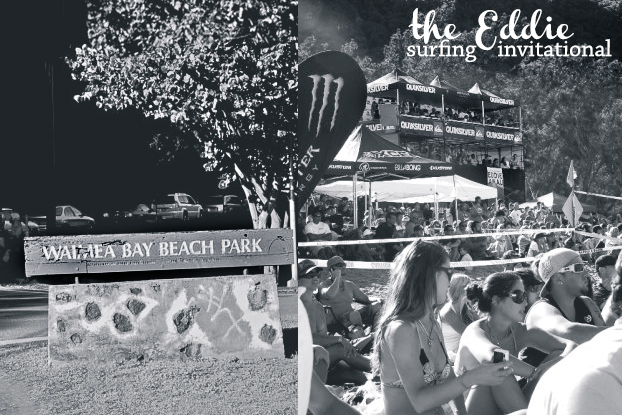 My husband was stationed on Oahu, Hawaii from 2007 – 2011 after living in Monterey, California.  Really tough assignments right?  Though we had hoped to be stationed in Europe, I really cannot complain about where the USAF sent us during his enlistment.  When you live somewhere you can pick out the good and bad things about your present location.  Hopefully you focus most about the good and just roll with the punches with things out of your control.  In retrospect from our time in Hawaii I see the things that I did not like were all military related.  Everything I loved was based on Hawaiian culture, the island way of life, and the Aloha spirit.
A perfect example of what ‘Aloha’ has meant to me from my time in Hawaii is the camaraderie between people that is more like bonds between family.  I have never felt more accepted and more loved in a community that when I stepped away from the military world and got involved with the photography and fashion circuit.  People really do stick out for you when you need help. People come together to make something beautiful, instead of focusing on what is important for one person.  Hawaii itself is a huge mixing pot of cultures. What a beautiful world it is when people come together.  It made our departure from the island bittersweet to have to leave not just a beautiful location, but a beautiful spirit of people whom I still hold dear as my Ohana.
“Ohana means family. Family means no one gets left behind.” – Lilo & Stitch 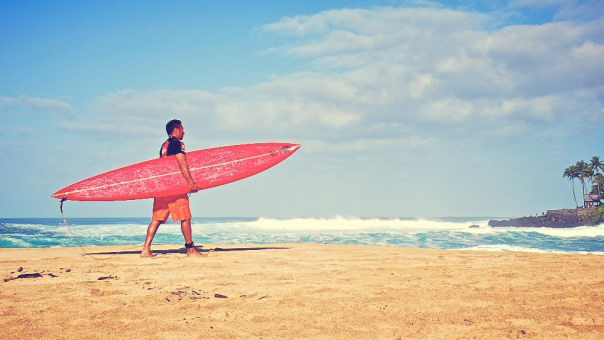 People still come together every year for a famous local boy from Maui, Eddie Aikau. Eddie was a famous surfer and lifeguard whose life was ended too short at the age of 31 in 1978.  A memorial surfing invitation was begun in his honour in 1985.  The Eddie only has happened eight times since its inception due to a need for the wave height of over thirty feet. The last time it was held was in 2009, while we were living on Oahu.
It was a normal morning where I had just dropped off my oldest son at his preschool. We always listened to  Hudson and Scotty B on Star 101.9 on our drive back home to Mililani. On this morning the Eddie had been announced to take place and Hudson was telling us how crowded it was becoming at Waimea Bay.  It sounded like we had no chance of finding parking at this rate because the majority of the island was headed to see the epic event.  However I decided we should try anyways and my youngest and I made our way towards North Shore.  I do not know how to explain to you what we saw when we started getting closer to our destination   The best thing I could say it was like watching an exodus happen.  For miles cars were parked up the side of the highway with no open spaces for us to find parking.  People were walking the long distance on foot in groups towards Waimea Bay.  Several times I thought to just try to squeeze in somewhere, but then just kept driving.  I knew the closer we got the harder and less likely we would find parking.  However I remembered a gem nearby that apparently many other people had forgotten.  Otherwise I would not have been so fortunate. 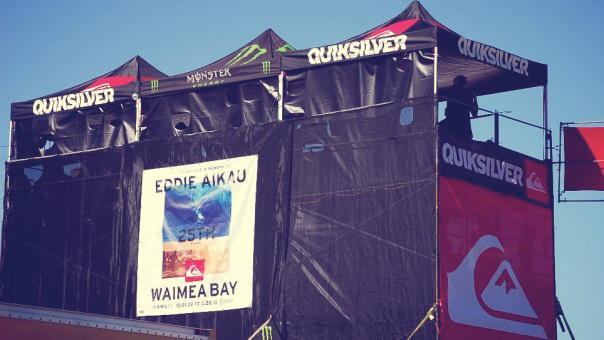 Directly across from the Waimea Bay beach park is the Waimea Valley Botanical Gardens., which on this day happened to have ample parking available for a small fee. Having my toddler with me on our improntu drive up I gladly paid the price to park.  We also enjoyed a nice lunch afterwards since we did  not plan ahead.  Remember sometimes the best plans are those that you make.  We had a really great time sitting on the beach and watching the surfers. It was my first surfing competition to witness and got to see Kelly Slater in person.  It was very chill, laid back, and a typical day at the beach in Hawaii.  Children and dogs were playing in the sand and people were talking with their friends. Oh yes…and the epic surfing competition.  I am so glad that I was listening to Hudson and Scotty B that morning or I most definitely would have missed out on  of the best days and memories I have from living on Oahu.
My tips if you get to experience the Eddie:
1) Bring plenty of bottled water, snacks, and appropriate items for sun protection.
2) Get there as early and try parking at Waimea Valley Botanical Gardens
3) Make sure to bring your camera with zoom lenses.
4) If you want to get the best surfing shots you do not want to be sitting on the beach.  Theres some great look out points on the road up that I would recommend.