The first Thursday of every month I will be linking up with Lost in Travels and Postcards from Rachel for the Expat Diaries instead of my usual ‘Throwback Thursday’  photography posts.  Today I commence the Expat Diaries series on my A Compass Rose with a beginning look at ‘Choosing the Expat Life’.  This is my personal look at how my husband and I got to where we are today living abroad in England. 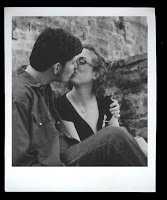 When I met my husband at Harding University we were in a traveling theatre group that ministered to youth groups in churches in and out of state.  He was a sophomore with an ever changing major and I was an incoming freshman with a plan to leave after two years.  My whole life up to that point had been centered around theatre and living overseas.  I was going to work on my theatre degree for two years and then hopefully transfer to a prestigious Theatre school in Australia.  I had already planned out my semester abroad the following year at the University’s campus in Sydney to help me in my endeavors.  Short story: The goal I had for myself was that I would be going places.

On our first date during Spring semester I told him how I was going going to be leaving to go to Australia to pursue my dreams in Theatre.  My husband told me later he knew on that date that he was going to marry me.  Long story short I fell head over heels for the American boy and my first real love.  We dated for one semester before getting engaged for just a year.  We got married the summer before his Senior year, nine months later we  were pregnant with our first son, and had a newborn nine months after that.  Any plans to go to Australia or be a starving actress in Los Angeles shifted as my life took a new focus and direction. 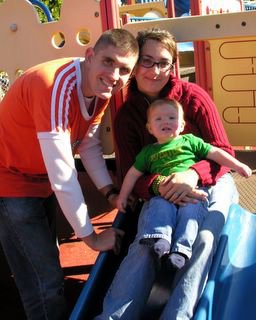 During our engagement we came up with new plans that would involved the two of us together.  My only need was to be living overseas.  Since we were going to a private Christian university this developed into embarking on a life of mission work.  There was a current team at my small church in Naples, Italy where I had lived before we moved to the US.  I figured we could put together a team from students on campus and return to help with the on going work.  It seemed perfect because my husband could see the place where I had lived twice in my life, being the closest thing to a home that I had.  After we were married a situation arose back in Italy closing down that path to us.  As one door closes another one opens.  We were invited to join a team going to southern Thailand with a summer camp friend of my husband.  I had not yet been to Asia and my husband had not yet left North America, so the excitement of a new world captivated us.  We formed a small team to live in Thailand that Summer working with a church to teach English.  I was pregnant with Ronan when we lived in Bangkok and so our family was top priority on our minds.  We learned from the locals how dangerous it had become recently where we wanted to move with the other missionary team.  Between the issue of safety and other circumstances the group never went forth to that area of the Thailand.  My husband and I felt lost at that point because we knew we wanted to go abroad but we did not know what to do with our lives.  We needed to decide fast because Ryan was finishing his degree and I was getting closer to having our baby.

I was a freshman during 9/11 and Ryan and I had been together that first weekend on a trip with our ministry theatre group.  Since then talks about the military (due to my father being an officer in the USAF) came up frequently.  Ryan had even talked to a recruiter about a master degree to be a chaplain in the military.  So we decided after the baby was born we would move to Arizona where my parents live and he would enlist.  My father, dressed in his officer’s uniform, escorted his son-in-law to make sure the recruiters did not try to pull the wool over his eyes (as they can do).  He put in that we really wanted an overseas assignment and we began the process of being a military family.  My parents did six overseas tours in Europe. I figured, having known enough families that would rather stay stateside, it would be easy to do.  My husband got a linguistics job that ironically would never send him to Europe, nor Asia, despite the fact that he was learning Chinese.  After training in Monterey, California it would be one tour in Hawaii, followed by DC, and repeat the process through out the time spent in the military.  We were so blessed to be stationed in such beautiful places but my heart was calling me elsewhere.

The actual story of how we got from that point in our life to where we are today is not really a pretty one. Nor is it flattering. Since it does not pertain to life of an Expat, I’ll leave that story for another day.  I had my English passport and I was more than ready to leave. I came to the US in 2000 with my parents and in 2011 my husband took me back to Europe.  Though he was enrolled in school for his masters degree, we came with no jobs and no place to live.  We essentially lived in a hostel until we were able to figure things out.  It included an expensive trip back for Ryan when we were told incorrect information about his application for a marriage visa.  We have also learned a lot of other mistakes along the way as rookie expats.  To be fair I knew what an expat was in definition but did not fully know what it meant to be an expat until we became expats.  I also did not know how vast and huge the expat world is today.  Honestly had I known and had I been able to connect years back maybe I would have saved myself from some of the heartache of being a Third Culture Kid living in a foreign land of America.

The current life for expats is much different than how it would have been twenty or thirty years past due to online social networks.  An expat life can be open to loneliness especially when you live very far away from family.  However I do not have a ‘home’ and I dont have those friends I have grown up with my whole childhood from moving so often.  But I connect with people living nomadic lives as adults that now it seems you dont ever have to feel alone.  I had not realized even until the start of this year how much resources there are for expats and how many expats share their personal stories online through blogging.  I find much happiness and fulfillment from just conversing with other expats all over the world on a day to day basis.  I never found twitter as useful as I do today because I can easily talk with people who understand the ups and downs of expat life in seconds.  If you have a heart for travel, for the world, for letting new cultures and ways of living into your life then I recommend choosing the expat life.  Although the community of expats is spread worldwide, it is a close knit community.  We chose the Expat life to come back to the only life I had known.  We choose to stay with the Expat life because we have made a home for ourselves and essentially found our home in the world. 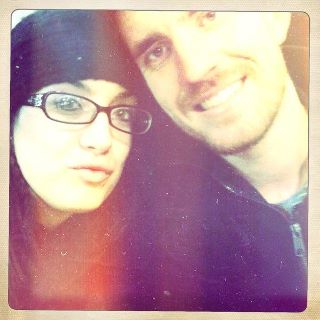 Q: Why have you chosen or do you want to choose the Expat life?

If you liked this you can also check out: Expat: Finding Love Abroad and Travel: Moving Abroad