Day 29, Wednesday: Five songs or pieces of music that speak to you.
I decided to look for the songs that have really impacted my life in one way or another  and these are the five that have spoke to me for this prompt. I hope you enjoy listening to them as much as I do. 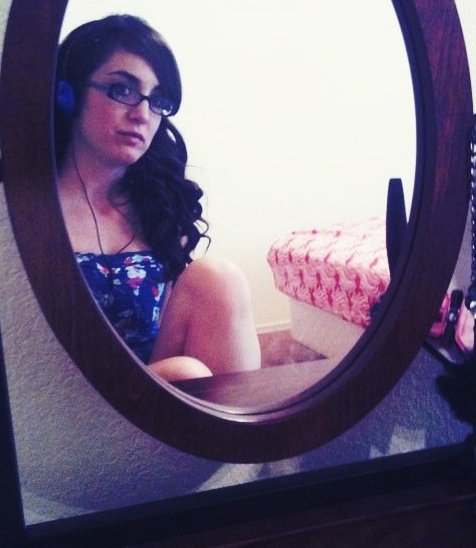 I love music. I love the way it can alter and change your mood if you are feeling down.
I love the way a song can cement itself to a memory or a person.
A world without music would be a sad one indeed.
My eldest son always has a song on his lips.
Whether he is humming or singing.
Music is the heart of the world.
Stereophonics
Y o u ‘ r e   M y   S t a r
I put this song on my sons’ iPod before my husband and I moved to England.  We did not take our boys with us initially so that we could get settled with a place to live, jobs, and a schools.  I do not lot like being a part from my sons one bit but I did what I could to help the transition.  I told my sons that every time they were sad because they missed us they could listen to this song and that I would be doing the same thing too.  It still makes me think of my sons when I listen to it and Stereophonics are one of my favourite bands.

Gavin Rossdale
F o r e v e r   M a y   Y o u   R u n
I fell in love with Gavin’s voice in Bush when I was in seventh grade with ‘Swallowed’.  When his solo album was released in June of 2008 I listened to it frequently.  In August my father was killed.  When we got to my parents house I went for a lot of walks on my own to get out of the house and this song started playing on repeat from my iPod.  I ended up modifying the title to ‘Forever May You Fly’ for a title to put on the Ghost Bike memoria for my father who flew in the USAF.
DAVID BOWIE
A s   t h e   W o r l d   F a l l s   D o w n
When I was five years old I had two loves aside from my daddy.  One was Prince William, whose photo with his mum Diana sat on my vanity, and the other was Jareth, the Goblin King from Labyrinth. I loved this film and enjoy watching it now with my own kids.  While I equally adore the song Within You followed by David’s last scene in the film this song is quite iconic.  I really enjoyed the dream-esque world of being a princess in a world that is just too strange and foreign to be comfortable within.
LEONARD COHEN
&THE CIVIL WARS
D a n c e   M e   t o   t h e   E n d  o f   L o v e
I had to include both the original from Cohen with the amazing violin and then one of my favourite covers of the song by The Civil Wars.  It is one of my favourite songs to dance to with my husband.  I wanted to include the meaning behind the song however and will let Cohen’s words do that for me:

“…it’s curious how songs begin because the origin of the song, every song, has a kind of grain or seed that somebody hands you or the world hands you and that’s why the process is so mysterious about writing a song. But that came from just hearing or reading or knowing that in the death camps, beside the crematoria, in certain of the death camps, a string quartet was pressed into performance while this horror was going on, those were the people whose fate was this horror also. And they would be playing classical music while their fellow prisoners were being killed and burnt. So, that music, “Dance me to your beauty with a burning violin,” meaning the beauty there of being the consummation of life, the end of this existence and of the passionate element in that consummation. But, it is the same language that we use for surrender to the beloved, so that the song — it’s not important that anybody knows the genesis of it, because if the language comes from that passionate resource, it will be able to embrace all passionate activity.”

EDITH PIAF
L  a   V i e   E n   R o s e
I love Edith Piaf and when I was last in Paris my husband took me to see her final resting place in Cimetière du Père-Lachaise. I could listen to her voice for a long time and though I have many favourite songs La Vie en Rose is my most favourite song.  I think I hummed it a frequently aloud and in my head when were were in Paris.  I found a little music box song of it when in Sorrento and I love to play it.  She is just so iconic and I do not think I will get tired of this song.