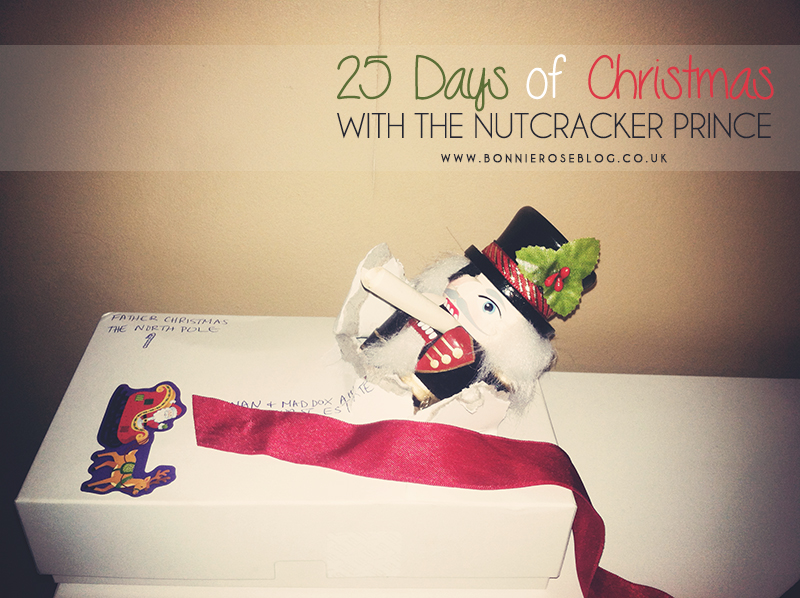 It is the first of December and hence forth commences the 25 Days of Christmas at our house.  We as a family have adopted many traditions from around the world in our travels including St. Nicholas from Germany, La Bafana from Italy, and Christmakah from the OC. It began with my parents who adopted Hanukah into our holiday traditions as well as those mentioned from our years living abroad as a military family.  Now these traditions are carried on with my children and it makes this time one of our favourites through out the year.  When I was a young girl living in England during the first Gulf War, my sister and I were visited by Ed the Elf.  My father was away fighting in the war and having this special guest during the holidays helped keep up the holiday cheer in our father’s absence.  Ed the Elf came every day and although we never saw him (unlike that creepy elf on the shelf), he always left little notes, quests, and goodies. Last year I attempted something similar with a Moose, whom I could not find when we relocated from Brighton to Bath.  So this year my husband and I decided to do something different.

The Nutcracker Prince | As a little girl I loved ballet and I loved the whole story of the Nutcracker. So when we found this cute little guy at our T.K. Maxx store in Bath, we decided to take him home as part of a new holiday tradition.  We stuck him inside a box, with a note in his mouth and some goodies tucked inside and put him outside our front door. However I think the Nutcracker Prince was a little too eager as my boys did not hear the first knock on the door and already was making his escape. 😉 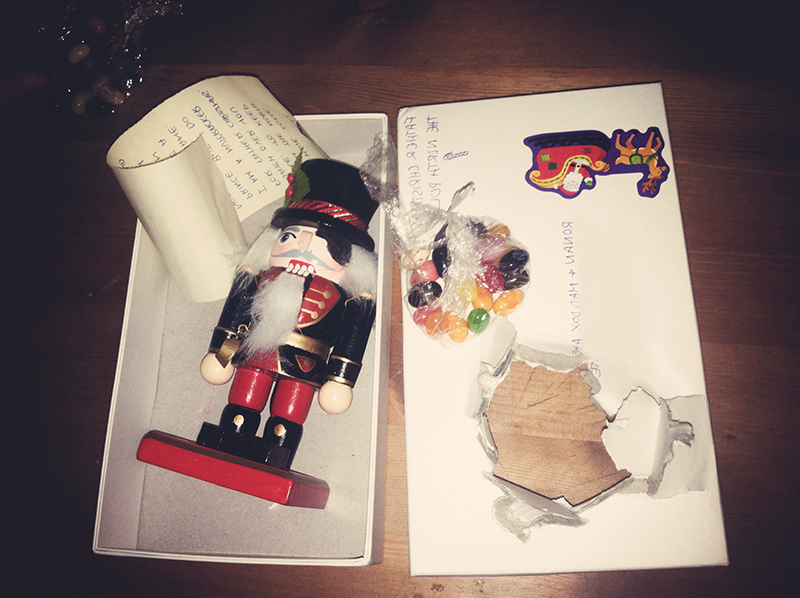 Here is the Nutcracker Prince with his letter for today
and two bags of jelly beans were found inside for each of my boys.

The note told the boys that he had not a name nor a bed to sleep in and asked if they would give him both.
I know my eldest knows my handwriting, but my youngest seemed so tickled by our new house guest. 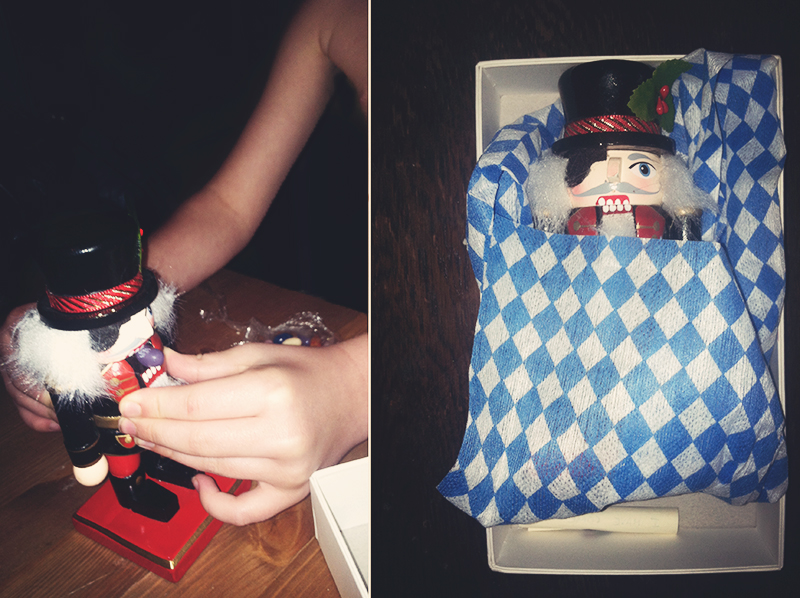 Maddox was eager to have him eat a jellybean and broke his handle off in the process.
So I have nicknamed my son ‘Fritz’.  The boys even started working on making him a bed.
Here he is pictured with a blanket after he got broken. He has since gotten fixed.
The boys decided to name him Prince Ice.

I will keep you posted through out the month on how our Nutcracker, Prince Ice,
is doing and the things he gets up to during the night while we sleep.

Q: Do you have any Holiday Traditions passed down from your families?