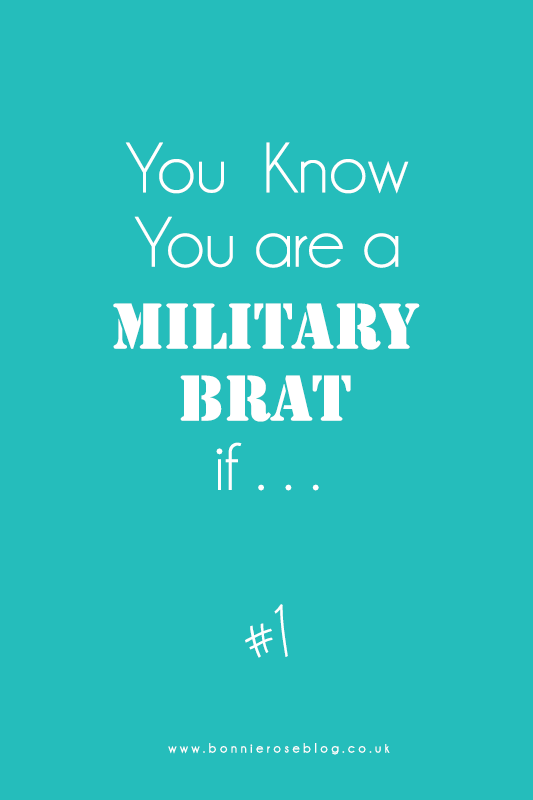 You grew up with only one channel…AFN.

AFN, which stands for Armed Forces Network, was what I had for television during my years of growing up on military bases in Europe through out my childhood.  I believe now AFN has a few different stations but for my time as a military brat I had one television station in English.

“Remember how many channels we got when we were kids?
Three and if the president was on your night was shot.”
– Jeff Foxworthy If you grew up with AFN during the impeachment of Bill Clinton you will find this funny.

As an adult this may not have been quite as annoying then if you were  a military brat in elementary school through to high school age.  You rushed home from from the community center to watch your favourite show only to have it interrupted.  The next question on your mind being…will they air this episode next week?

Lets say you were watching a season of Buffy the Vampire Slayer. When that season ends the show is replaced by another show. There did not seem to be rhyme or reason to when you would see the next season.  Though it would usually be replaced with something similar. So BtVS may be followed by Dawson’s Creak. What you could count on is that any season of television you were watching had already been aired in the US.  Theres no time off for summer  or holidays, as they were all technically reruns. So when I had visiting americans from the US at our house all ready to divulge spoilers to me after proudly proclaiming, ‘Oh I’ve seen this one!‘ when it was my first time to see it would get this look from me as a disapproving teen:

This would be the reason why I paid someone online for VHS copies
of a favourite television show to be shipped to me overseas. Remember what a VCR is?

Of course a look back at my life as a military brat would not be complete without a mention to the infamous AFN commercials.  While stateside you get numerous commercials that advertise products  between your regularly scheduled programming we had military type informercials.  The stemmed from all areas and aspects of military life and some were down right awful. Some were so bad they were funny. Some were just annoying. I actually kind of miss them after having lived in the US for ten years with regular commercial breaks.

I really wish I could find all my favourite AFN commercials.
However I did find a few good compilations of old ones
from when I was living overseas. Including this one here:

Q: Are you a military brat?
Or living the life in the military community now?
Have you seen AFN commericals?
Comment below!