The video I am about to share with you is connected to a part of my life from 2001 – 2004 when I lived in the south of the USA. Culture shock was inevitable. Having a guy move from behind me to quickly open a door in front of me so I could go through was a new example in chivalry to me.  I remember being confused and shocked the first few times doors were opened for me.  Still it seems to be something that I have not quite experienced as much else where in the world.  On base in Hawaii I was  leaving a building a step ahead of Andy from the Bachelor (remember the Navy officer?). I was struggling with a door while carrying my baby and my shopping bag and thought he might help me with the door, instead of waiting for me to figure it out on my own.  Still to this day I just assume he was really stressed out that day or trying to not run into crazed bachelor fans as a reason for his  monetary aloofness.  It is just another facet of my life where its interesting to see how cultures differ and what is expected in one country may not be so in another.
WILLIE ROBERTSON AT HARDING UNIVERSITY
A friend shared this video of Willie Robertson, from Duck Dynasty, talking last year during chapel at Harding University. This is the school that I went to after high school graduation to pursue a major in theatre with a minor in missions. It is located in small town of Searcy, outside Little Rock, Arkansas. This is a town where I met my husband, where we got married, and where I gave birth to our first son.
To be fair I do not usually mention Arkansas as one of the places I have lived in the US. No offense to any of my readers from ‘the Natural State’ because my Uni campus was like a whole other world inside. It is referred to as the ‘Harding Bubble’. A private christian university in a dry county (forbids the sale of alcohol) it was not the same college experience by those who may have gone to a state school for their college years.  Instead of fraternities or sororities we had social clubs, which were essentially the same thing without extreme hazing, drinking, or dancing.  My favourite thing about this school was its focus on missions as I grew up in small missionary based churches in europe.  Thanks to Harding I was able to do an overseas summer mission to Australia and through its connections to Let’s Start Talking, my husband and I went to Thailand.
I am a believer in fate and it is why I know my husband and I were meant to meet each other during my freshman year. I had found out about this university initially from other Harding alum as they visited my church in Italy, or stayed at our house, while spending a semester at one of the Harding’s overseas campuses. They have one in Florence and one in Greece and there always seemed to be someone sporting a Harding t-shirt or ball cap through out my time in Europe.  It is how I found out about the summer camp, near the university, that I attended during my high school years.
To bring this back to the video above, I have not yet watched the show Duck Dynasty.  The whole world of the south, the love of hunting, wearing camo to any occasion aside from military life, and sporting any clothing or head pieces that bare the American flag have always seemed a bit foreign to me. To the fact that the last time I was in the south at a Walmart I counted how many people were wearing camo as a game to pass the time.  To be honest if someone were to tell me they were taking me hunting my mind would be first to envision men wearing an outfit that included tweed plus fours, a waist coast, jacket and cap. Plus dogs would be acquired as well on the walk through the country.  Then again I lived in England twice as a small girl and grew up having photos of the royal family on my dresser. 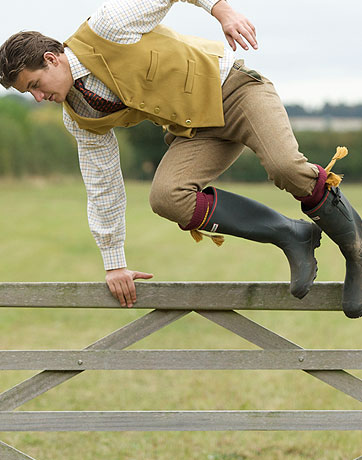 source
When my friend posted the video I felt inclined more to watch it because of my connection to Harding and I was interested to see why Willie Robertson had been asked to speak in chapel.  As I listened I found out he had attended Harding too and from there I was intrigued to hear his story.  I have to say it was his words, his heart, and his personality in the chapel presentation that has made me want to watch Duck Dynasty now.  Or at least to see a few episodes to see if the man I saw speaking at my university is portrayed the same in the show. From the words he spoke about being true to yourself, I would assume my presumption would be correct.  From talking to my mum, who likes the show, and thinking ‘ehhh, thats not really my cup of tea‘ to being surprised has made enough of an impression on me to write a blog post about it.
Q: Have you seen this show and did you like or dislike it? Why?  Or share with me a moment you were surprised in another culture, from your former preconceived notions. 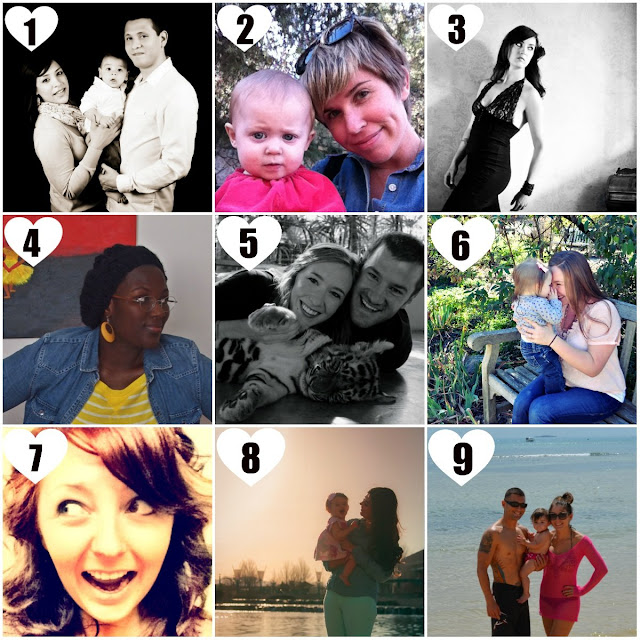 1. Baby Bound started off as a blog dedicated to one couples’ journey to start a family while living as missionaries in a third world country. Now, over two years later, this blog has shifted gears into documenting the happenings of a young family and their mission to find beauty and bliss in all the little things in life while taking pictures along the way.
2. Biziness is Casual is authored by a punk rock mama named Dani. She lives in Southern California with her fiance and baby girl. Her blog is a mash up of mom stuff, family adventures, fashion, music, art, tattoos, lifestyle, design, and more.
3. A Compass Rose is a blog about a Third Culture Kid (TCK) living the Expat life in England with her family.  She works as a photographer and owns a blog, A Compass Rose.  She writes about growing up nomadic lifestyle as a TCK, about being an Expat, about life in England, and her travels across the world.
4. Life of TOI is authored by TOI. The blog captures the beauty in the ordinary things that make her and her family happy. On the blog you can find her opinion on race, style, travel and the meaning of motherhood.
5. Lost in Travels is a blog about a nomadic couple. After Chelsea and Jeremy got hitched two years ago they started getting cold sweats every time they thought about ‘settling down’ in their hometown. So what did they do instead? Sold all of their belongings that wouldn’t fit in two 50-pound bags and took the first flight to South Korea to teach. Chelsea’s blog highlights their lives as expats in the land of kimchi as well as documents their world travels.
6. Momista Beginings is a mommy/baby blog that was conceived shortly after conception of baby Mia (now a year old) to parents, Mama Misty and Daddy Dom. Misty is an art teacher for pre-K through the 2nd grade who loves to create, DIY, bake, cook, and take pictures. Dom is self employed in the landscape biz and loves his 2 dogs, the outdoors, hiking, camping, cooking, gardening and tending to their 21 chickens! A few features of the blog include weekly updates throughout Mama Misty’s pregnancy, a detailed and photo filled birth story, DIY ideas and tutorials, tried and true recipes, Misty’s art projects for kids, product reviews, occasional giveaways and plenty of photos of Mia, their family and their average adventures. As summer approaches, nerves are high over the idea of Misty staying at home with the baby instead of working. As their new lives as parents constantly changes, so does their blog along with them. Look out for Misty’s up and coming launch of her Etsy store, followed by more details of a hopeful photography business start-up to help this family stay afloat, in order to stay home with the baby. Things are about to get real interesting and they welcome all new blogworms to join in on the fun.
7. Ms. Nancy Pants has her head in the clouds most days dreaming of the day she will finally take the jump and become a nomad traveling to the unknown. Since she is stuck in her cubicle for now, you can find her discovering a different kind of beauty in the dry state of AZ. She is doing her best to become domesticated a good home maker and attempt new recipes, crafts, taking pictures of the world around her or attending a local musical festival on the weekends. Her mission is to develop a radical self love for herself and share that with others who are on the same journey.
8. Tales of a Young Mama is written by Darlene, a young (ish) mamma of two. Love of all things Swedish, photography, fashion, iced coffee, traveling the world and babies. She blogs about their every day life in Denver, Colorado, raising two bilingual babies (okay one is no longer a baby!) with some (mostly) healthy recipes and fashion posts thrown in.
9. To the Sea is a blog by an attorey-at-mom, Tejana, former kama’aina, and expat living in Dar es Salaam, Tanzania. She writes about fitness, parenting, travel, and life overseas.

And now for the givewaway! The winner will receive once month of free ad space on each blog listed above. The more entries you complete, the better chance you have at winning. Remember that the winner will be verifed.