Day 19, Sunday: Five of your favorite blogs and what you love about them.  There are several blogs I check daily every morning for new posts and stalk follow on twitter. I tried hard to share with you only five but you get seven instead. 😉 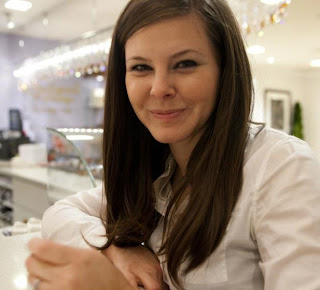 Aspiring Kennedy
I love Lauren. We go back to summer camp in cabin 5 and later as students at University. I love reading her blog because her infectious fun personality really shines through her posts. That and I love that we now have more in common as adults now that she also lives the expat life in England and is now raising a daughter. While her blog now has a proud mummy element as she now embarks on life as a parent, she still sticks to her original theme of a lifestyle blog. If you like to live vicariously through other expat and travel blogs, Aspiring Kennedy is perfect as Lauren is always off traveling somewhere new or trying out a new cafe for afternoon tea.
American Expat with a daughter in London, England.
http://www.aspiringkennedy.com/
Twitter: @aspiringkennedy 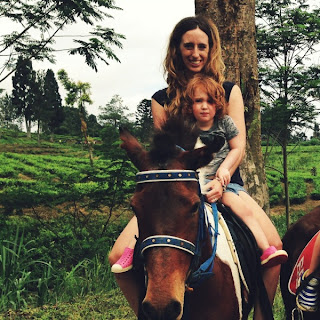 Expatria, Baby
I knew as soon as I found Erica’s blog that I was here to stay. As a photographer I am in love with her style of expat lifestyle and travel photographs. Her blog truly documents her expat life as a mummy blogger. Indonesia had not been on my radar before but now as an avid reader of Expatria, Baby I have added it another place to which I would love to travel. What really draws me to Erica is her true expat spirit of adventure and exploring the world around her with her daughter in tow. She has a great way of showing what life is like through her daughter’s eyes too.
Canadian Expat married to a Swiss, with a daughter in Indonesia
http://www.expatriababy.com/about/
Twitter: @expatria_Baby 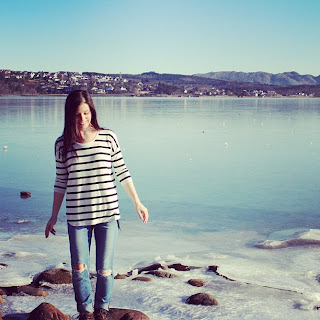 From There To Here
I have only just recently found out about this blog and it is already one of my favourites. Jay now lives in Norway but also previously lived in Gabon, Africa. I love to read about the places she has been and she writes so eloquently and paired with beautiful photographs. She does a really great job at taking the reader along on the ride in her posts as you travel vicariously through her blog. I look forward to getting to know her better and reading more about her life now in Norway. Oslo has always been one of my favourite places to where I have traveled and so her current location was a magnetic attraction when I first found out about From There to Here.
Canadian Expat in Norway
http://www.fromtheretoheretheblog.com/
Twitter: @theretohereblog 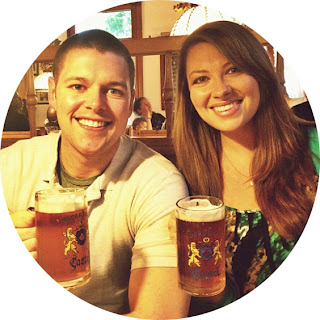 Casey Cote
I have to admit that I really love Casey’s blog, We Took The Road Less Traveled, because it is a life I had hoped my husband and I could have experienced when he was in the military. Having been stationed in Stuttgart as a girl myself, I love to read about Casey’s life in Germany as a military wife. I love that they take full advantage of their time stationed abroad to enjoy life on the economy and immerse themselves in local culture. She is currently on vacation seeing more of Europe and following her travels is favourite thing about her blog. Her posts are full of life and I find it so fun to read about and see the photos from their latest adventures in Europe.
US Military Wife stationed in Germany
http://www.wetooktheroadlesstraveled.com/
Twitter: @CaseyCote 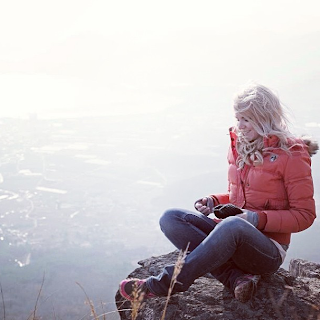 Living in Another Language
As a nomadic person by birth I am not surprised that I can find kindred spirits in others that live across the world. Amanda is definitely one of those people and I have really enjoyed getting to know more about her through her blog and talking with her on twitter. It can be fun seeing what you have in common with other bloggers. She is also a military brat, is living the expat life, and is also married to a guy who loves to cook and work on motorcycles. While some bloggers show photos of their kids, she has an adorable bunny named Jazz. I think its cool because my husband and I had a bunny named Pippin (and later renamed Harriet when we found out it was a girl) when we first got married too. Since I live in Europe I love following along to her life in Asia. She is a photography lover and so you get photography filled posts and Instagram updates of her life in Korea.
Former military kid living the Expat life teaching in South Korea
http://livinginanotherlanguage.com/
Twitter: @inanotherlangua 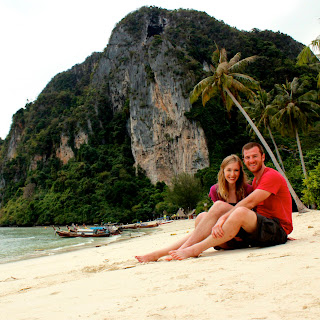 Lost in Travels
Chelsea’s blog has been one of my favourites since I found it through another blog where her eye catching button was displayed. I have not stopped following her blog since and have enjoyed getting to know her better. I come away from Lost in Travels blog with the motivation that if you want to do something or go somewhere, you should do it! After getting married she and her husband left the US to travel the world, experience new cultures, and share adventures together. It comes off to me like a modern day expat fairytale, something I would have dreamed of as a younger nomadic girl myself. She keeps it real as she shares the heart of life living and teaching in Korea. Plus she does a great job at sharing her own experiences to aid others in life as an expat and with advice for having a blog. I love that she is very genuine and caring and I ;look forward to continuing following her adventures around the world.
American Expat couple teaching in South Korea
http://lostintravelsblog.blogspot.co.uk/
Twitter: @lost_in_travels 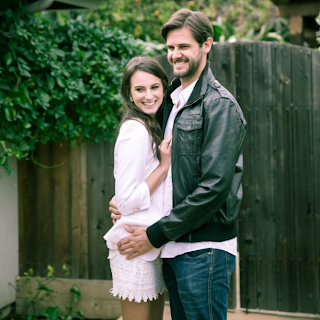 Across the Pond
I found Meg’s blog through Lauren (blog mentioned above) and became an instant follower. I love following her blog because as a person she comes across as having a huge heart and from hearing her story, she comes off as being a very strong individual. She moved abroad with her previous relationship and to go to school and started her blog to document and share her experiences in Europe. She now is getting ready to leave and repatriate back to California as a newlywed to a man from Northern Ireland. I really look forward to following their story as they begin their new life in the US together. As I follow mostly expat and travel blogs, it will be cool to see her life married to an Irish expat in Sunny California.
Newlywed Expat in Scotland getting ready to repatriate back to California
http://www.acrossthepondblog.com/
Twitter: @MeganAcrossPond
Thank you for looking through some of my favourite blogs, these are some extraordinary women and they all inspire me to continue to live life internationally. I think the general theme is ‘Girl Gone International’ which is the name of an amazing magazine I now have the pleasure of taking part in and of being involved. You can follow on twitter at @girlgoneintl, online at the website: http://girlgoneinternational.com/

#BlogEveryDayInMay
*photographs found here today do not belong to me but to the blogs to which I have credited.