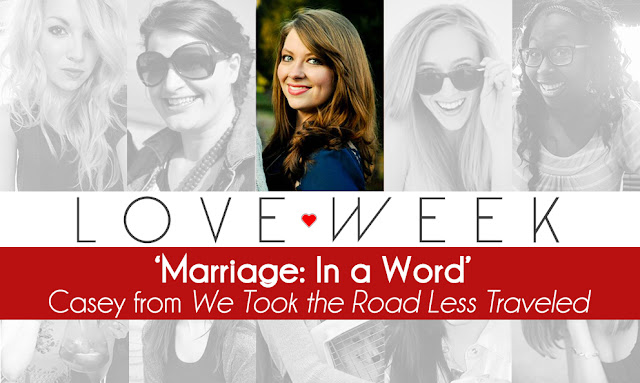 It is the third day of Love Week! If you are just tuning in, my husband and I are in Wales celebrating our 10th Wedding Anniversary in Wales with family and friends.  While we are away I am hosting Love Week on the blog and have eight different friends guest posting about Love.  Today I introduce you to Casey, a military wife blogger currently living abroad in Germany.  One of the reasons I love following Casey’s blog is because she lives a lifestyle I had growing up as a military brat in Europe.  They may be stationed on a military base but they get out and experience their host culture as well as jetting around the world to see other amazing sights and experience other new adventures together.  What a great way to keep a marriage flourishing and reason why I was excited to see what she would come up with for her guest post.
I hope you enjoy today’s guest post and thank you so much Casey for taking the time to join us in Love Week!  Remember to follow the hashtag #RyanAndBonnie on facebook, twitter, and Instagram for other exciting picture updates while we are in Snowdonia!

While Bonnie is away celebrating 10 years of wedded bliss in the most romantic way I could ever imagine (CONGRATS, you two!!), she was kind enough to ask me to write a little something about love & marriage from my perspective. Having been married to my high school sweetheart for almost 6 years (officially on July 28th!), I figured what the heck. After spending over 13 years with the same handsome fella, I guess I know a thing or two about love. But then I thought, I’d really like to know what my husband thinks about love…and even more specifically…our marriage. So, like all smart and seasoned wives do (take note, ladies!), I liquored him up, filled his belly with meat, and coaxed him into having a heart to heart with me. Like a good blogger, I’m going to share my findings with all of you! My one and only question to him?

If you could describe our marriage in just one word, what word would it be? 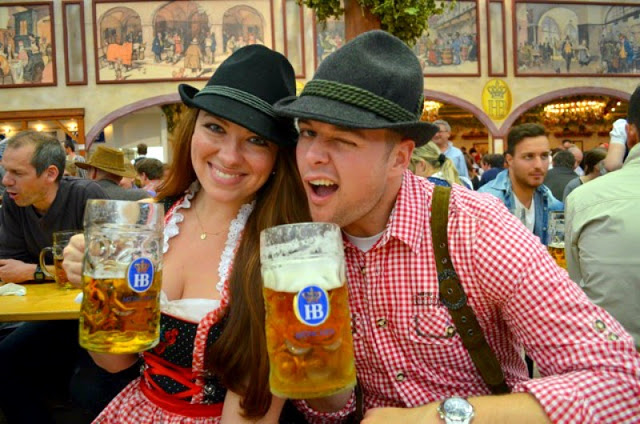 I wholeheartedly expected him to say something smart-alecky like, “annoying” or “high-maintenance” (because that’s what boys do), but he won TONS of awesome husband points with the best answer ever. Fun. I couldn’t agree more. What’s even better, he elaborated! Ladies, it’s amazing what a few sausages and a half-liter of Hefeweizen will get you. He began telling me how lucky he felt to have married his best friend. How there is no one else in the world he’d rather go on vacation with because I find all the fun stuff (I think he means the donkey riding, Oktoberfest, & the dead Parisian cave, I’m sure of it). How proud he is that he found a girl who shares his same sense of humor, silly quirks, and understands the way his mind works (well, most of the time, at least). He expressed his gratitude to me for following him around the world, no matter where the Air Force sent him (ahem, thank YOU for bringing ME to Germany, babe…I’m the lucky one!). And for uplifting him with funny letters & photos when deployments separate us. He spoke of how he listens to the guys at work talk about their wives like they can’t stand a single thing they do, and how he shakes his head in disbelief as they recount said frustrations. He can’t imagine living in a marriage where you just “survive.” He looks forward to coming home from work each day, instead of dreading it. He mentioned he didn’t mind sitting quietly with me. The silence is never awkward (I laughed, because usually he’s farting, so it’s a little awkward for me). He even admitted that he loves grocery shopping with me, because I let him buy Fruit Loops and Doritos (that’s because he’s my excuse to eat them ;)). He told me how he couldn’t wait to show me off at squadron functions, because I’m the life of every party (even though I throw meat pies in your face??). And when there are no parties, he said he loves that we can stay home every night of the week and still make memories in our pajamas (get your minds out of the gutter, we watch a lot of TV…in our pajamas. Innocent, I swear). 😉

As he took another sip of his freshly topped off beer, he continued…and continued…until there were tears streaming down my face and I had to ask him to stop.  My heart was full, and people were staring. And then he said, “Our marriage is fun because it’s easy to love you! And you’re easy on the eyes, so there’s also that.” My husband, ladies and gentlemen, bringing me to tears & laughter since 2001. 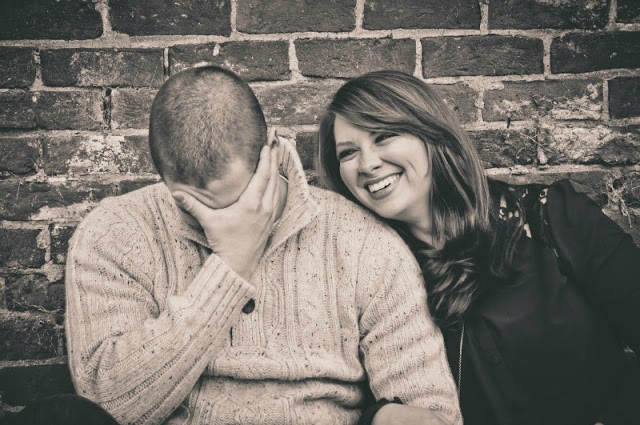 I don’t think I could have summed up our marriage any better, but of course, D was going to make me try. He then asked me what word I would use to describe our marriage. My word? 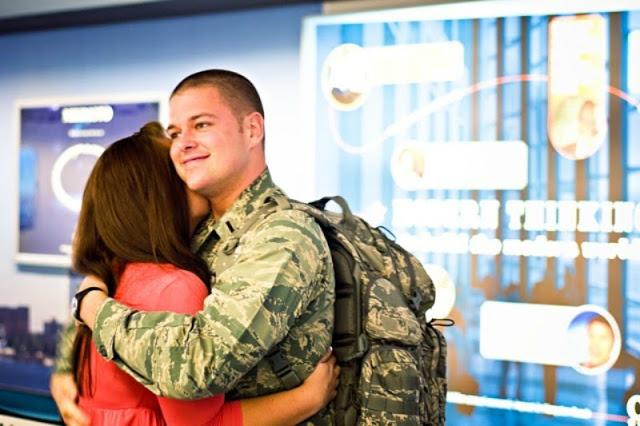 I told him how he is everything I ever wanted in a husband. How God broke the mold the day he made D. I told him how I used to pray for a godly man; a man who would pray over our family every night at dinner, a man who would provide and protect, no matter the cost, a man who would support me and encourage me when the world seemed against me, and love me unconditionally with a fiery passion. God gave me exactly what I’d prayed for, and more. I explained that even though I complain about the long separations, never-ending workdays, and living far from our families & friends, I was thankful for the life being married to him (and the Air Force) has provided us. I feel fulfilled everyday that I get to call him my husband. He just smiled, took another sip of beer, and said, “Everything you said, ditto.” 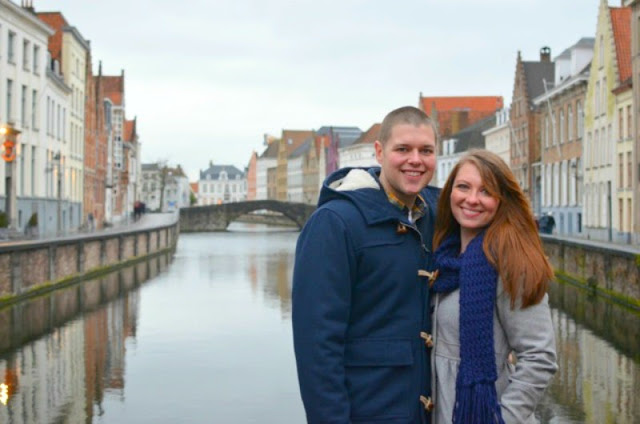 So, there you have it, friends. Our 6 year marriage and 13 year love-fest, summed up into 2 simple words, with very important meanings to us both. Turns out, my husband is kind of a sap. Truth be told, I already knew this. He loves writing me silly poems and leaving them around the house. Or mailing a letter addressed to me that arrives in our mailbox, just so I can get mail and feel loved. Maybe I didn’t need that beer and meat to get him talking after all? Although, it never hurts! Ladies, I challenge you this week to ask your husband, your fiance, or your significant other what their word for your marriage or relationship would be. Their answers might just surprise you. And be prepared to answer the question yourself! Then come visit me over at We Took the Road Less Traveled and tell me all about it. While you’re there, I hope you’ll follow along in our fun and fulfilling adventures abroad in Germany! Don’t worry, it’s a fart-free zone. I’d be happy to have you all!