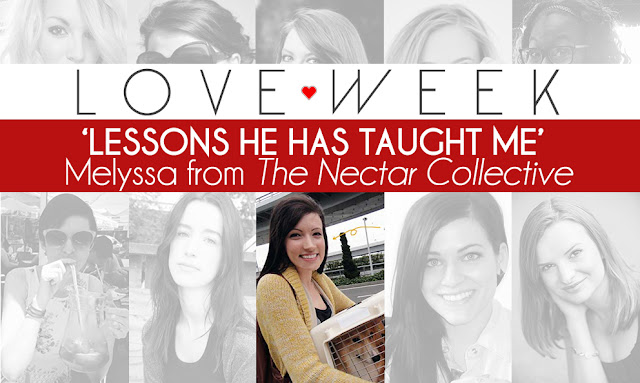 Today I am writing you from Notting Hill in London, England!  We had an amazing week in Wales and now we are enjoying our capital city with our family members before they have to leave.  Yesterday we checked out Portobello Road market, ate fish and chips, and went to Kensington Gardens.  Today we are excited to take my boys to the Imperial War Museum and aim to get to platform 9 and 3/4. However we have at least 6 people with us (including me) that are still upset we cannot get into Hogwarts and never got our letter.  One person who shares my love of Harry Potter is my guest blogger for today, Melyssa.
Melyssa is really the sweetest person I know and sometimes it is hard for me to think about her without thinking about her and her adorable fluffy corgi, Monja (also pictured above).  I love hearing about things he is up to on her twitter feed.  What is so great about Melyssa is her amazing way to connect people and in the blogging world that is golden.  Between her weekly link up and monthly snail mail collective she brings bloggers all over the world together.  Today I am glad to return the favour and bring you all to her. Thank you babette for joining in this LoveWeek series! 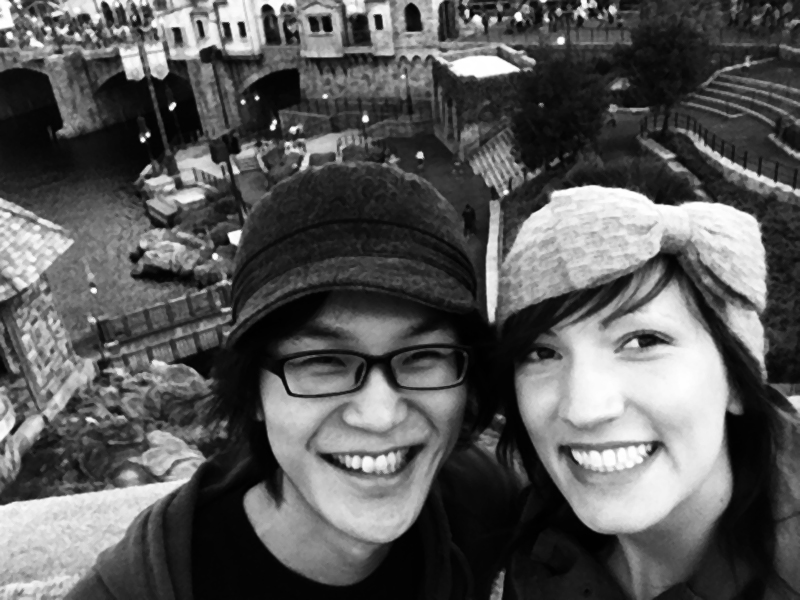 Hi everyone! My name is Melyssa and I blog over at The Nectar Collective. I’m a California native currently living in Tokyo, Japan where I met my boyfriend, Keiji. Being in an interracial and intercultural relationship can definitely get interesting (and fun) and today I’m sharing five of the sweetest lessons I’ve learned from that fella up there about love, relationships, and life. Here goes nothin’!
1. You don’t need to be fluent in someone’s language to have a meaningful relationship with them.
Whenever people, especially friends back home, hear about our relationship, they always ask if I’m fluent in Japanese or if he’s fluent in English. Actually, the answer is no. “What?! So how do you communicate?” Well, if I think about my regular relationships with friends who speak English, not everything is about words anyways. There is tone, gestures, facial expressions, and even silences that help me decipher the meaning of what we want to express. Keiji and I do speak together in Japanese and can understand each other pretty well, but I’ve learned not to undervalue the connection I can have with someone based on language alone. There’s a deeper language inside that connects us all together.
2. Small I’m-thinking-of-you gifts go a long way.
One part of Japanese culture is something called “omiyage.” It literally means, “souvenir” and has about the same meaning. However, in Japan, gift-giving is a big deal and people give omiyage much more than we would think to in my North American culture. In Japan, omiyage is usually given to say “you’ve been in my thoughts even while I was away.” Even if you go on a vacation from work, people will generally bring back omiyage for each person in their office, as well as close friends and family. Sometimes when Keiji goes somewhere without me, he’ll bring back some small omiyage as a way to say that he hadn’t forgotten about me. I never really thought I’d like this tradition because I don’t think love should have to be expressed with purchases, but now I am seeing the underlying meaning behind omiyage. It’s not so much about the gifts, which are usually small anyways, but about the sentiment – you’re always with me, even when you’re not. 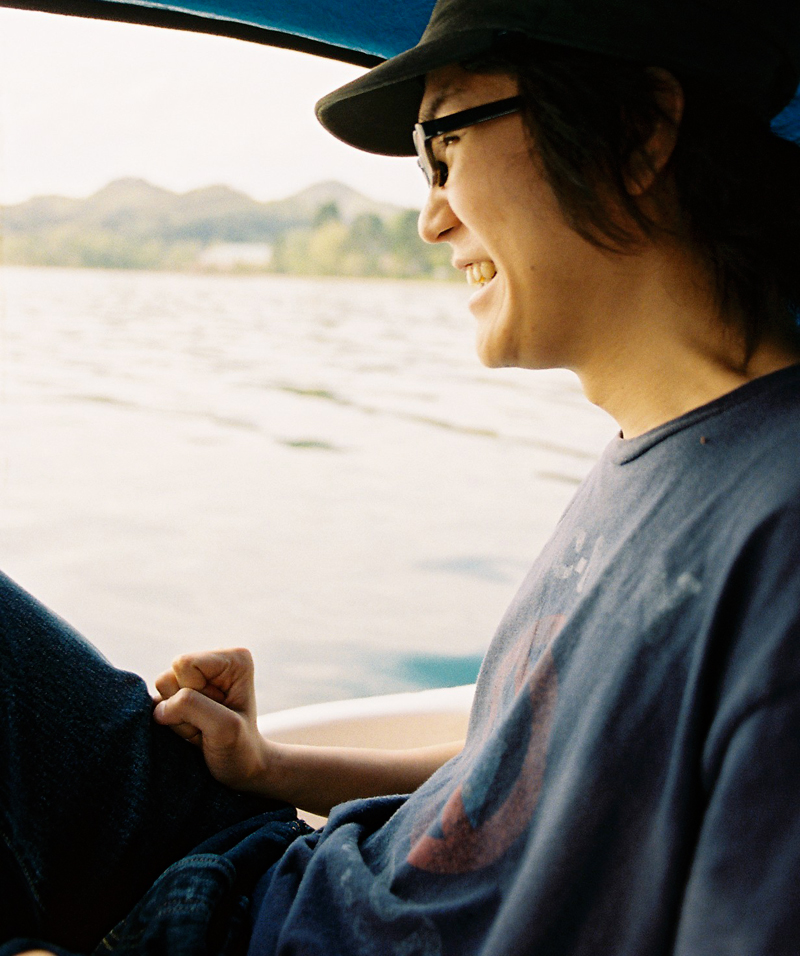 3. Love is only between two people.
Let me explain what I mean by that. I am a white woman from the US and Keiji is Japanese, born and raised. It’s not completely uncommon to see a foreign man with a Japanese woman in Japan, but to see a relationship the other way around is very rare. Sometimes we’ll get stares from people. I remember a time one of his friends asked him in front of me, “are your parents ok with her?” But the more stares or awkward conversations there are, the less I seem to notice or care. Because really, love should be between the two people who share it. It doesn’t matter what other people think because, well, they’re not dating us. And that’s that.
4. Japanese boys will never like spicy food. You must hoard it and eat it by yourself.
Japanese food is not spicy and most people do not like spicy food here. You’d also be surprised what is considered “spicy.” Keiji definitely has a hard time stomaching typical things like burritos or spicy types of ramen, but he also can’t stand less obviously “spicy” things, like cinnamon candy or toothpaste. Yes, toothpaste. He uses an apple flavored toothpaste because minty North American versions are just too hot too handle. Coming from Southern California where spicy food reigns supreme, I obviously hoard it and eat it alone. Ok so maybe this one has nothing to do with lessons about love, but if it’s any consolation, I love spicy food.
5. If you love someone, you don’t need to hide it.
Japan is not a very PDA-prone country. I’ve heard that some couples in Korea match their outfits to show they’re dating. You just don’t see things like that in Japan. People are more private. But there is something I do see – people are proud to be in relationships. Keiji holds my hand wherever we go. Always. He also doesn’t hesitate to tell people about me and share our relationship with the world. On a planet where sometimes relationships can feel like “burdens,” my Japanese boy has always made me feel like it was a blessing. This is definitely one of the most important lessons I’ve learned about love – that if it exists, there’s nothing to hide.
Thanks for stickin’ around! If you liked this post, I hope you’ll join me for my on my blog, The Nectar Collective, where I tend to write about my travels, Japan, positivity, my dog Monja, and anything that gets me thinking!
Now tell me, are YOU in a relationship? What have YOU learned from your partner? If not, what is something you’ve learned from past relationships? I’d love to hear your thoughts below.