When I was living in Hawaii I was reminded continually that I was on a small island.  You ran into the same people, in the photography world everyone was shooting the same models, and you had to search hard to find anything that in a photograph would not scream ‘I live in Hawaii’.  Perhaps that is why I was surrounded by so many male photographers who shot only young females in their bikini on the beach.  I was on a hunt for something unique and that was when I discovered Alysha.  I believe I was specifically looking for models with long hair and it was her striking ginger hair that caught my eye.  Living in an asian melting pot of cultures you do not see a whole lot of pales skin or red hair.  We found out we were both here because of the military as her boyfriend was stationed on Oahu at the time. Instantly my head flooded with ideas for shoots and that is how my ‘Model of the Month’ project in 2010 began.  I decided I would work with one model every month and see what body of work we could produce together.  I would then release her ‘cover’ shot and my favourite images from the shoots.
This shoot was one of our last shoot togethers though you might remember seeing her from In the Middle of a Dream shoot,  Living Doll Shoot, the Mermaid Cove shoot, and the Colour Pop shoot.  We shot this series all from my living room with the aid of my Alien Bees lighting.  I pulled out a few props and we worked together for a few fun portraits for an outcome of her cover shot.  I basically chose my living room wall as the backdrop to make sure her hair just popped in the photographs. When our month did come to an end I was quite sad because we had so much fun together.  The best shoots I have done are the ones where the model and I were close or had worked together before.  It is something I definitely miss about living on Hawaii.  The network of models, photographers, stylists, and hair and makeup artists is quite like a family.  I loved having an idea to shoot and calling up someone I had worked with to get together for a shoot.  I did end up calling Alysha again to cast her for a photo shoot for a magazine publication…because of her red hair.  I have to say that is her most distinguishing quality about her as a model and it is why I wanted to work with her in the first place. 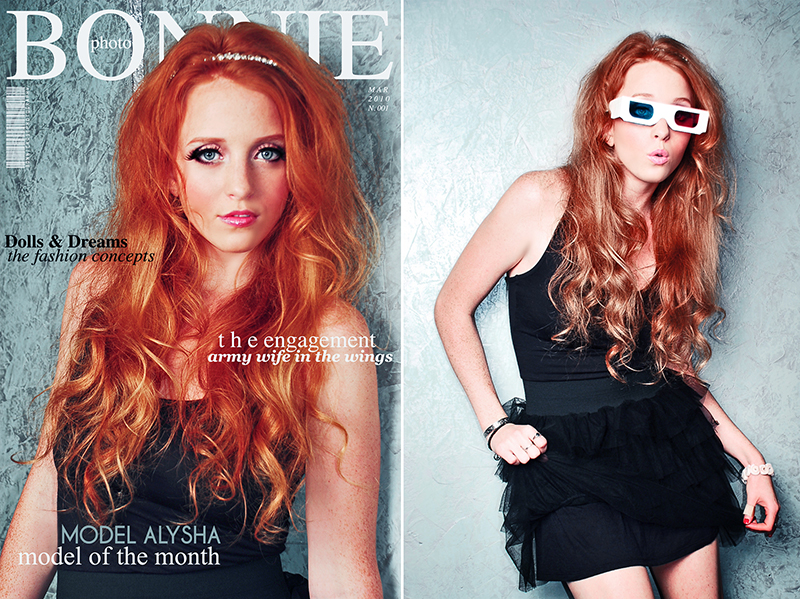 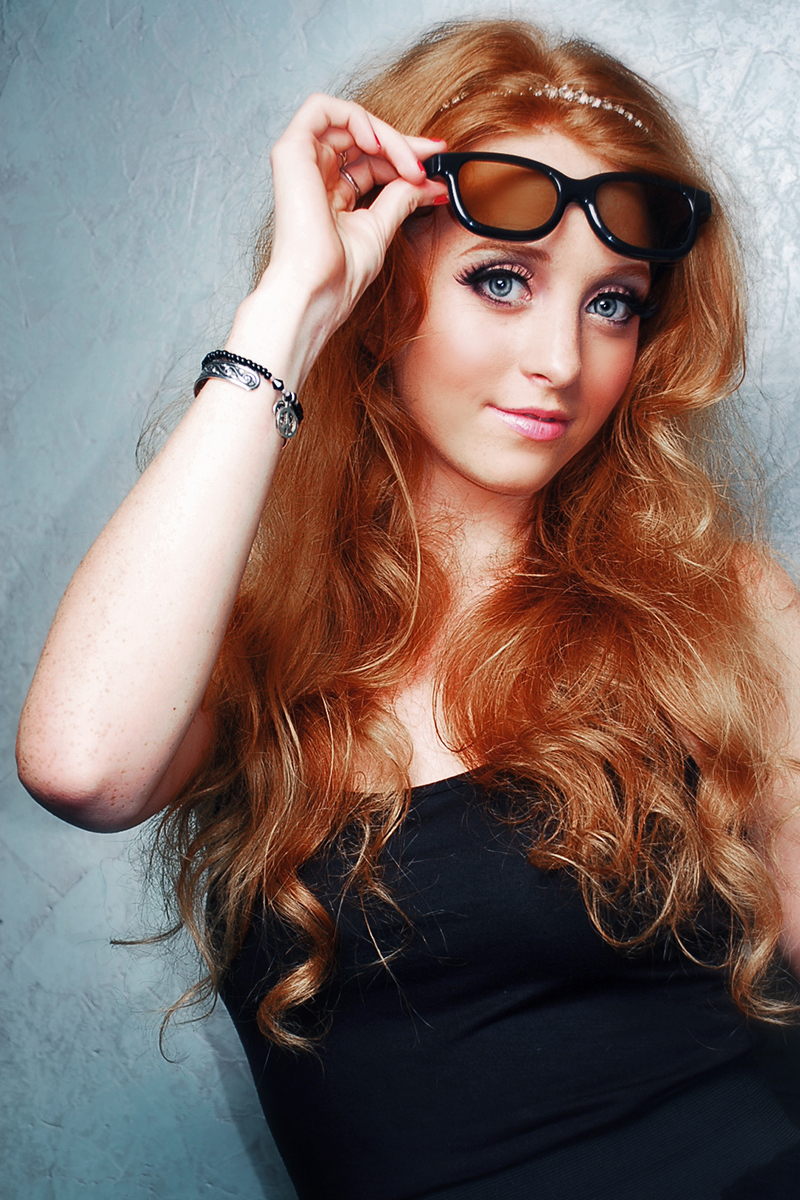 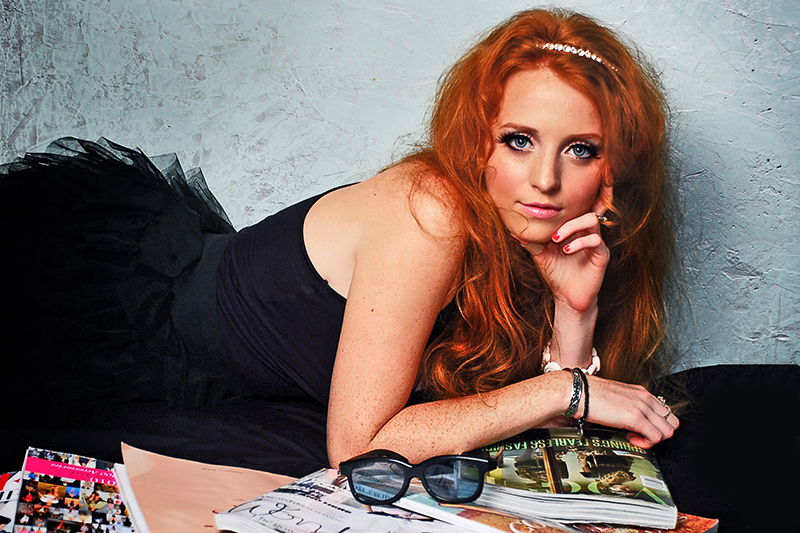 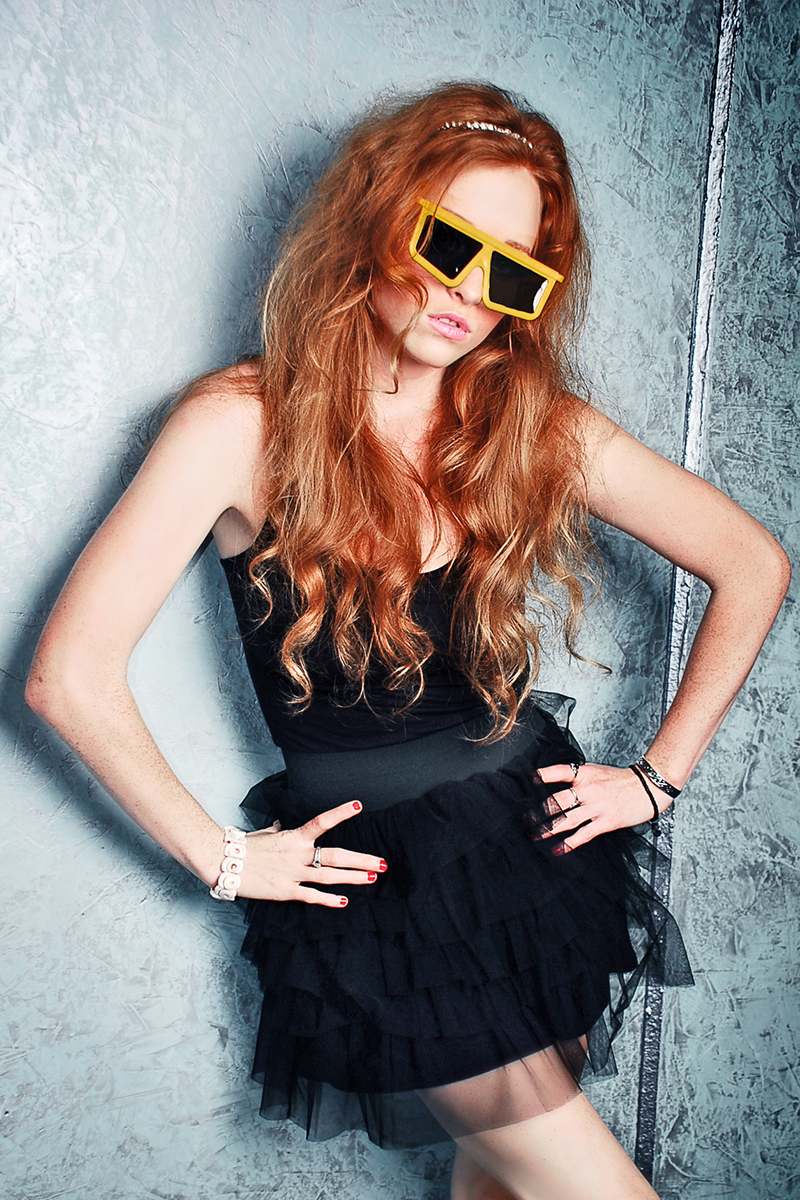 Side note:  I am glad I made use of this wall because I have never spent so much time doing a DIY painting project before.  This was our first home to own and where I could finally paint my walls.  My husband and I of course fell in love with a labour intensive technique that involved not normal paint brushes but a metal spatula of many coats for a faux finish. It looked pretty but took days to complete.
Did you see the Behind the Scenes video
for making In the Middle of a Dream shoot?
In the Middle of a Dream from Bonnie Rose on Vimeo.
*photography belongs to Bonnie Rose Photography ©2007-2013 All Rights Reserved – www.bonnie-rose.co.uk