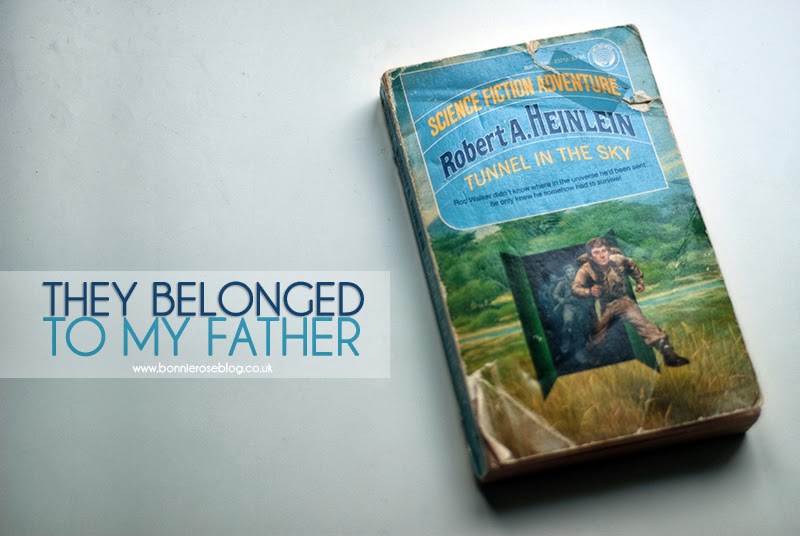 Monday, September 30: ‘Share a photo of something old. Maybe something that has personal history for you, that was passed down to you, and that has special meaning to you. Tell us about it and why it’s special.‘

I do not really have anything ‘old’ that was passed down to me.  My dad was going to give me his mother’s rings when his dad passed away but my grandpa had put them somewhere ‘safe’ and they were never found. My dad’s rings were stolen somewhere between the scene of the accident and the hospital because he arrived at the funeral home without them. After his death I took a few things of his home with me.
Books.
My dad really enjoyed the 20-volume Aubrey-Maturin series (ever see Master & Commander with Russell Crowe?) and so I took home eight of the books. I have 1-10, minus 8 and 9.  I have begun the first book but need to pick it up again and start all over. It is one of those that requires your full attention.  Since my dad loved them so much I feel I need to read the whole series while I am alive. I found my local used book vendor has many of his books too. So I should have no trouble finding the other twelve books in the series.
I remember reading Tunnel in the Sky by Robert A. Heinlein as a girl after my dad recommended I give it a try.  His worn copy was the first book I looked for on his bookshelf and now it sits on the top shelf of mine.
Three books, just as old as the previous book mentioned, I found about the United States Marine Corps in World War II were in my dad’s collection.  Vol. I: Beginning’s End, Vol. 2: Battering the Empire, and Vol. 3 Death of an Empire.  Printed in the early ’70s the pages are now an amber colour and they all contain a middle section of black and white WWII photographs.  The books were compiled and edited by S.E. Smith. 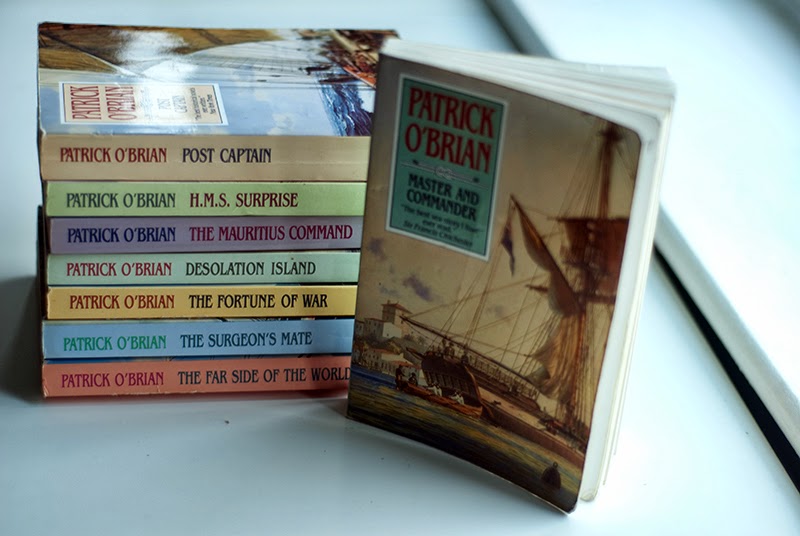 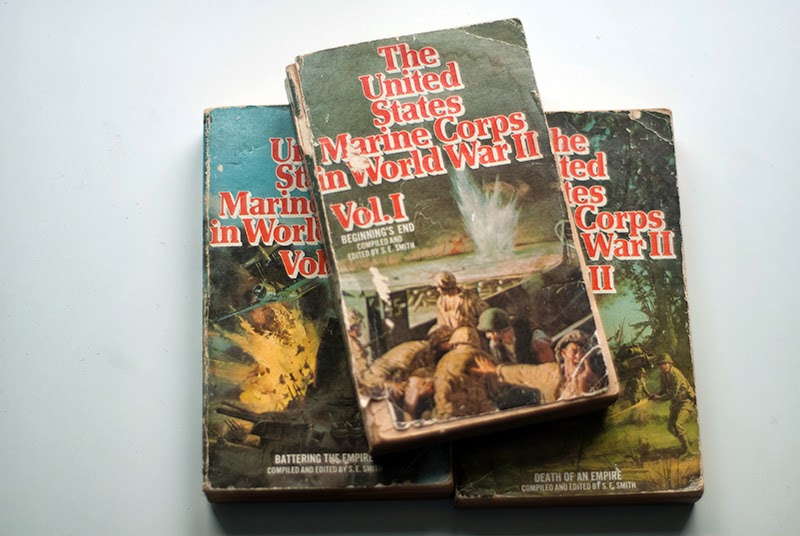 A Photograph.
I know I look like my dad and that we have the same eyes. But when I saw old photographs of what his mum looked like when she was a young woman I was surprised to see how much I looked like her. All my memories of my dad’s father mostly revolve around visits to his his trailer in the elderly community where he lived in New Jersey.  It always had a strange musty smell of mildew and a bitter cat named Reggie, who hissed whenever he saw my sister or I. My grandpa was nice and liked to watch old episodes of  the original Star Trek and Next Generation.  We saw him once every three years or so since we lived in Europe and he died during my sophomore year of Uni. 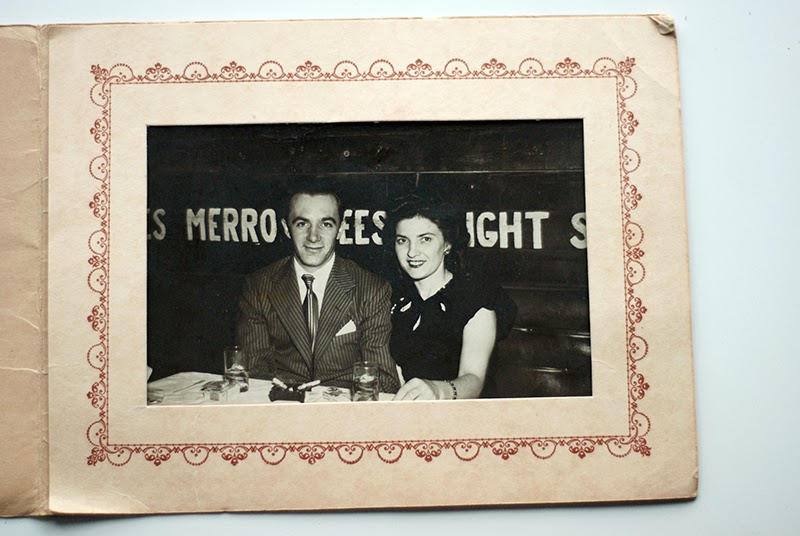 It was after his funeral that I found an old photograph of him and his wife, a woman who died before I was born, and fell in love with it.  They both are so young and look so happy.  They look like a couple I wish I could have known.  Honestly I wish my dad had been alive longer so I could have asked him more about them and what it was like growing up.  But back to the photo. I love all the elements of the time…his pinstripe suit, stripe tie, and pocket square and her 1940’s styled hair, pretty black dress with tear drop cut outs and pretty sleeves.  It is a souvenir photo from a date night out at the Village Barn Restaurant which was on 52 W. 8th St in NYC. 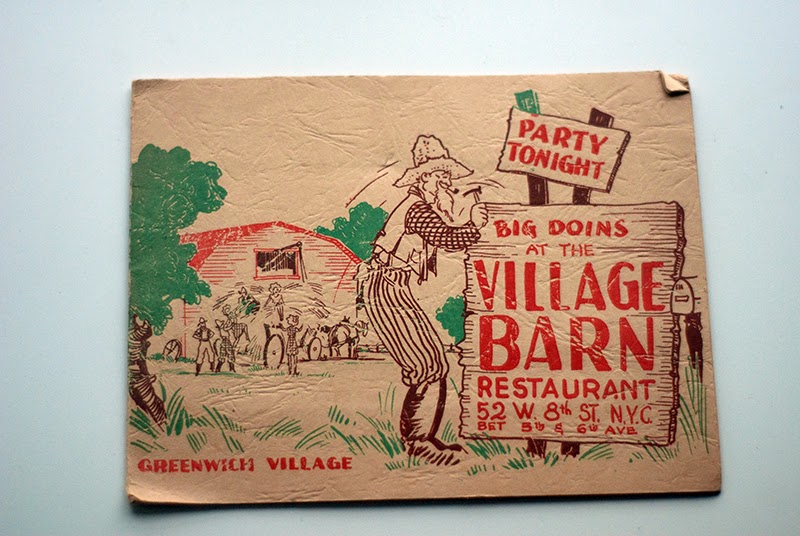 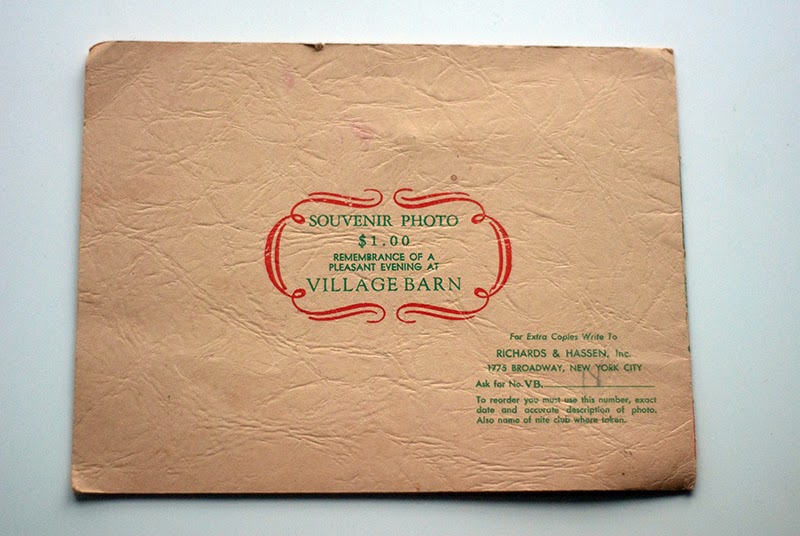 As an interesting tidbit I did some research and found out that though it closed in the late 1960’s it became Electric Lady Studios, where famous rock group legends like Jimi Hendrix and The Clash  recorded.

I really enjoyed being a part of this series with Jenni and now look forward to returning to recapping our summer adventures in Wales in England…aka your regularly scheduled programming here on ACR.

Q: Have you been passed down anything old from your family?
or
What would you want to pass down to your future generations from what you currently own?
*photographs belong to Bonnie Rose Photography © 2007 – 2013 All Rights Reserved | www.bonnie-rose.co.uk

For ‘Wedding Wednesday‘ an elopement photo shoot and a special behind the scenes look at a Vintage Bridal photo shoot with Sabrina & Daniel. Take a walk with us through China Town in Honolulu, Hawaii and experience the joy through the their look of love for each other. 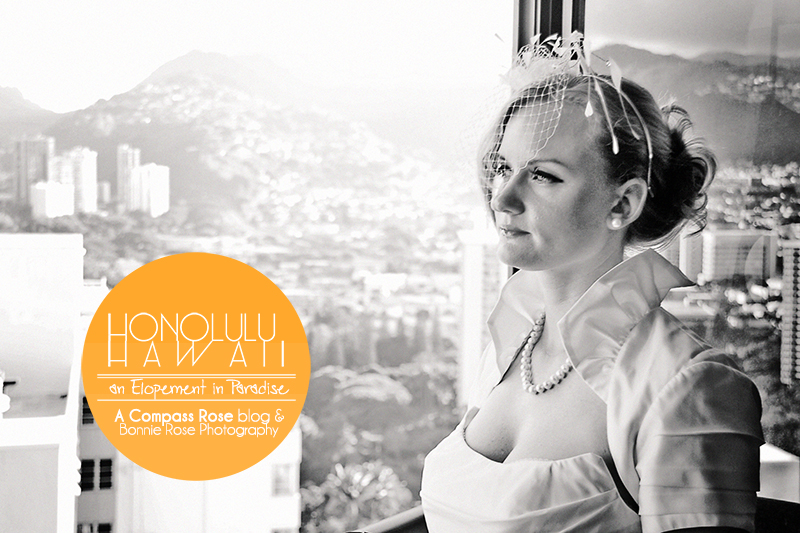 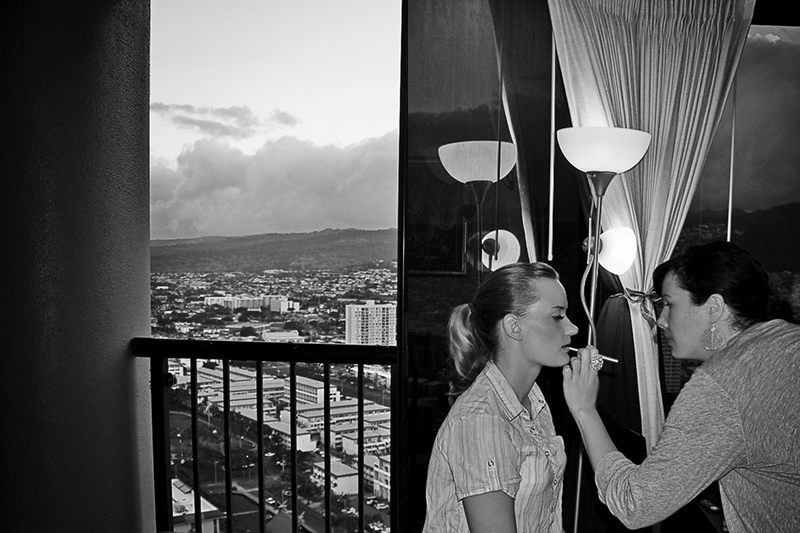 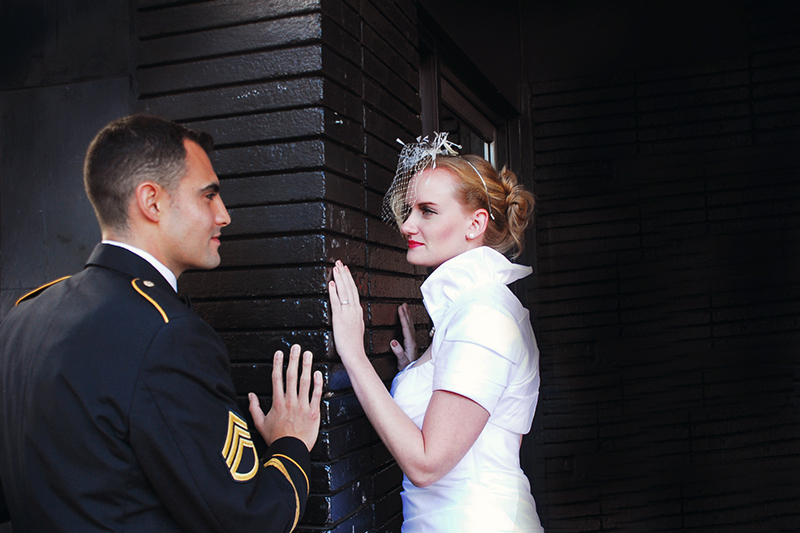 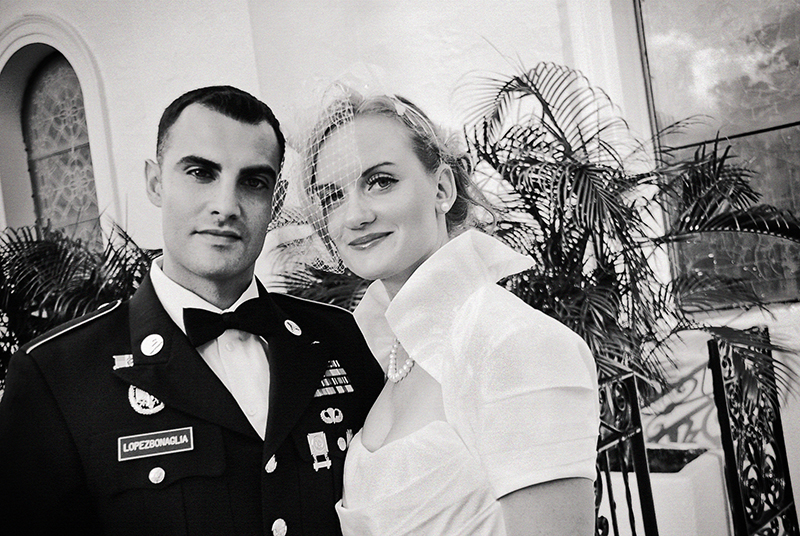 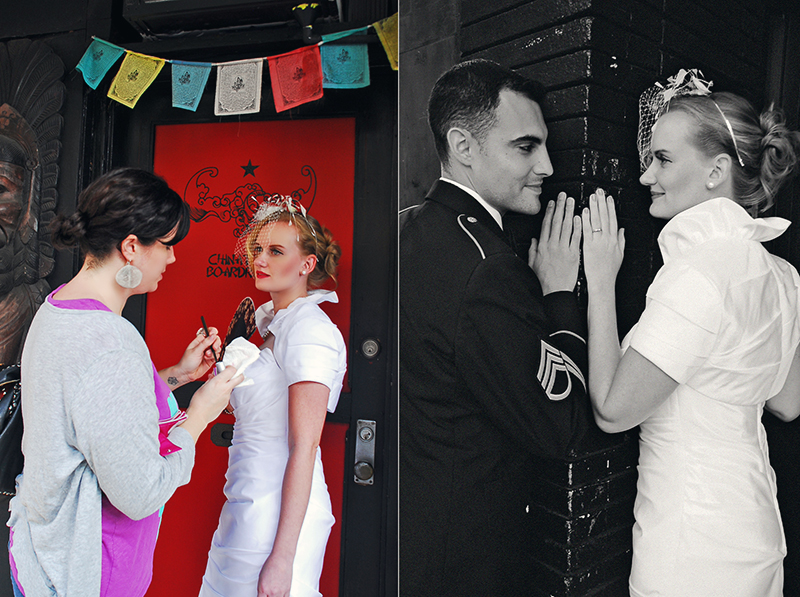 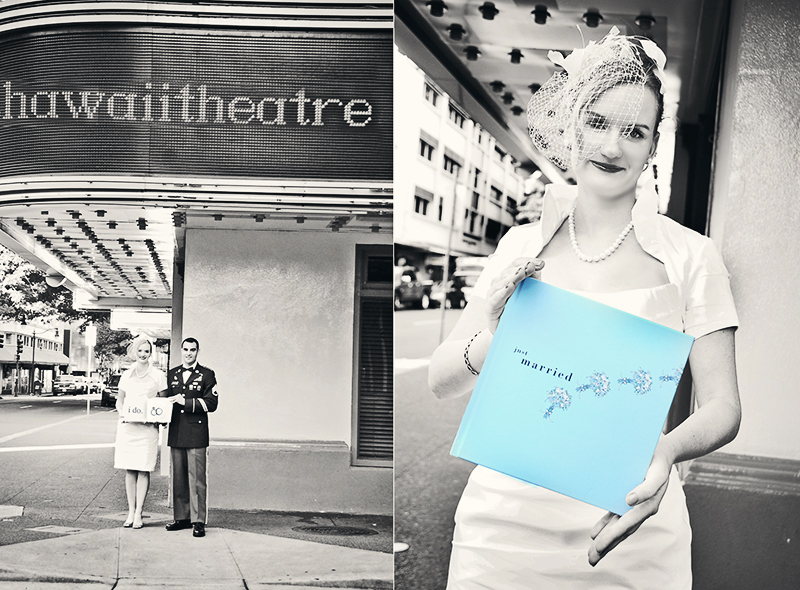 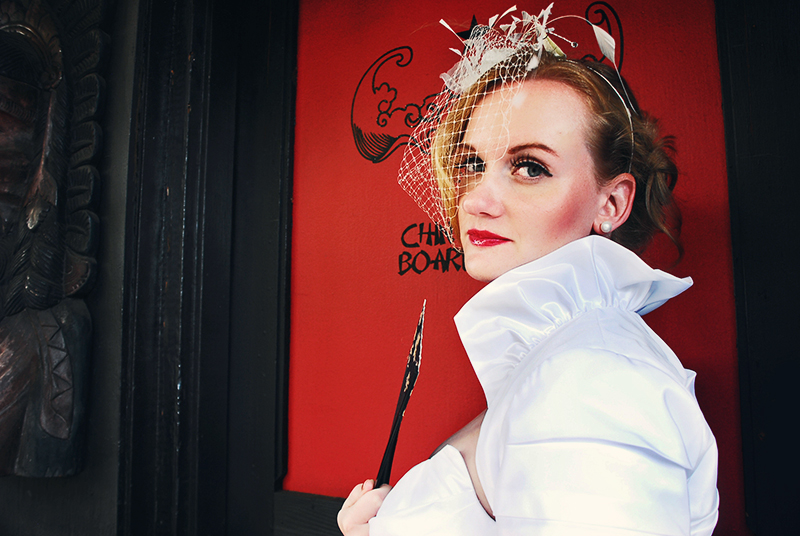 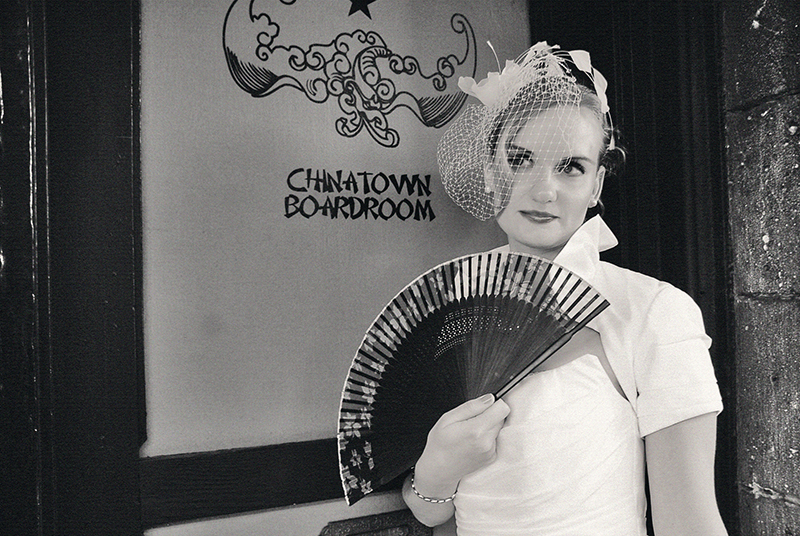 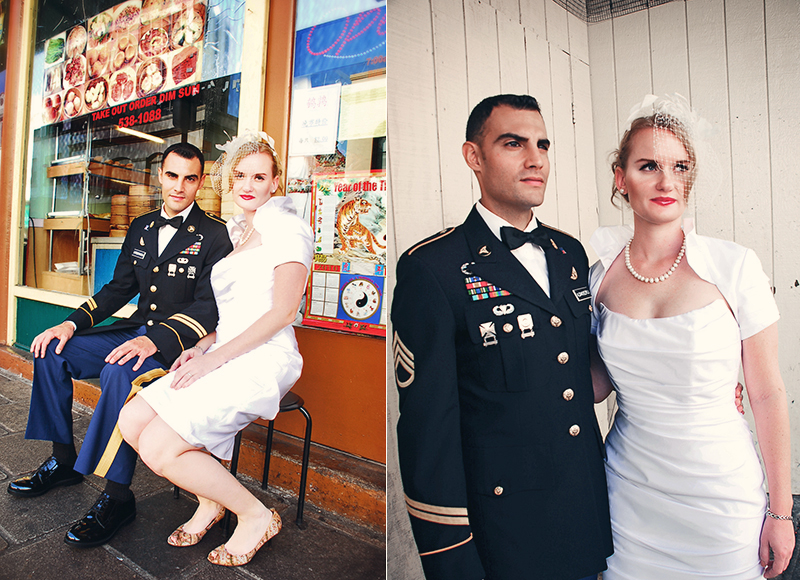 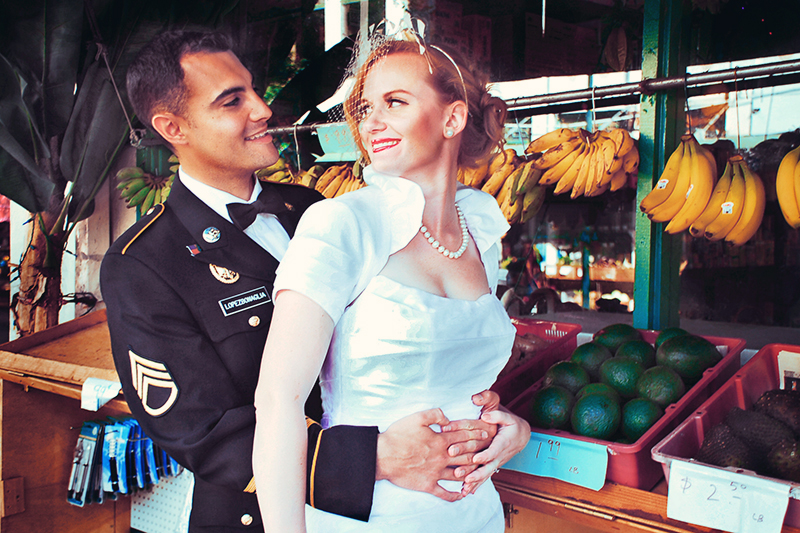 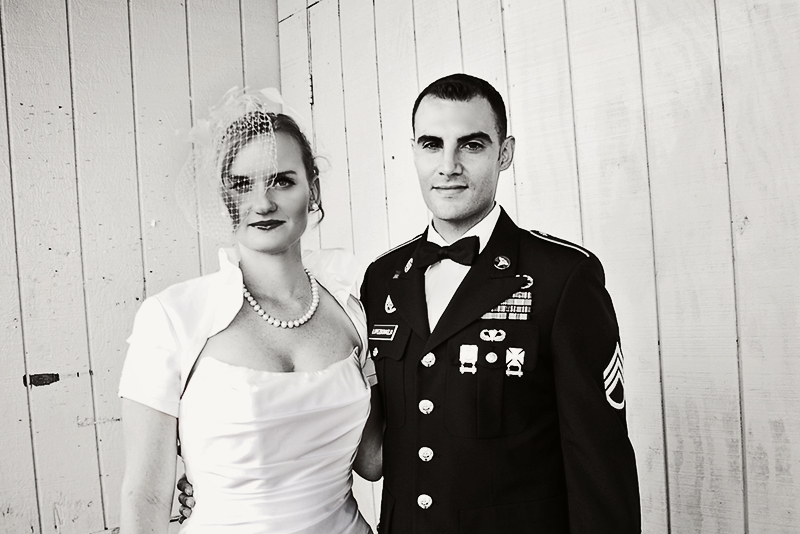 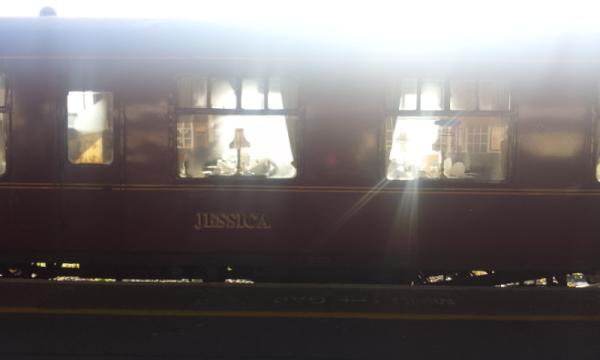 Saw a steam engine at the train station this morning. So cool. I want to ride one! #vintage http://t.co/2My9GpvC 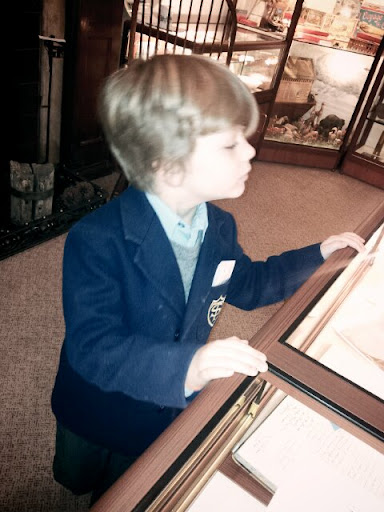 Today was a field trip for Maddox with his class from school. Since this was his first field trip for me to attend with him, it was quite a special trip.  We were a little early arriving to school, so we played a game of chutes and ladders while waiting for his classmates to arrive.  We took the mini bus to Cuckfield (pronounced ‘cook-field’) and went to the Cuckfield Museum.  The boys were very eager to see the actual dinosaur bones and fossils found right here in this area of England.  Afterwards they got to see the collection of historical items which include a lot of vintage toys.  The boys had been learning about toys from various parts of the world in class.  They got to take a turn playing with some of the old fashion toys.  We did a walk through where the boys got to learn information about different pieces in the museum and what they were once used for many years ago.
I work 4 days a week, which includes a full day Saturday.  My partner not only is working on his Masters programme, but works a part time job on the side which includes working on Sunday.  Between both of our schedules, we have it orchestrated to a tee to whom is dropping or picking up the kids from school on which ever day, morning, or afternoon and who can be with the kids on the weekends.  Heaven forbid one of them get sick, than our just perfect scheduling matrix will crumble and we have to figure out who can bend their day and pick up the pieces.  Ryan has gotten to take the boys to parties that I could not attend on Saturday because I had work.  I get to take the boys to church and often will take the long way home so we can stop at the park or get something to eat along the way.  I have so far gotten out just once in the evenings, and that was to watch a band play by myself.  When Ryan has gotten to go out with his Uni friends in the evenings and I stay at home with the kids, it seems no different from when he would go out with his military mates and I watched the boys.  But my partner and I hardly have any time where we can just have a date night and spend time with out the kids, let alone all of us together. So today when we had an odd that we were both free this afternoon, we took it and it was lovely.
We started with a morning walk from the school into town.  This include taking a short cut through the park, a new way that Ryan had not been before.  This led us to where we stopped inside a french patisserie for breakfast pastries and hot drinks to keep us warm in the cold morning weather.  We chatted about politics and school and all those topics that you cannot get in depth about when you have a six year old whining because his brother will not play by his rules.  Afterwards we took the train down to Brighton and went browsing in the Lanes.
Ryan has been on the hunt for some new sweaters to fill up his closet to keep up with the growing cold temperatures this Autumn.  Though we did not find any perfect matches, Ryan did try on this brown leather jacket that was perfect.  As soon as he tried it on, we both knew it was a keeper. Fingers crossed it will still be there in a few days when Ryan goes back to purchase it.  *knock on wood*  Afterwards we took the bus to the beauty supply store and I felt like a kid in a candy store.  It did not have as many hair and beauty supplies that I would have hoped, so hopefully they carry more items on the website.  I picked up some hair colour to keep up my ginger colour and then we took the bus back to the rail station.  Before getting on our train we bought some roasted chestnuts and hot pasties to eat for lunch.  Both were delicious and really hit the spot.  I had only a few minutes to beeline it to the kids’ school upon getting to our station, so I pretty much walked as fast as I could to get there.  Of course I was still early, but at least being early is on time and so I felt much better as I waited with the other parents.

I really enjoyed spending one on one time with Ryan, as I do spending time with my boys too.  I really hope Ryan and I can find more time to hang out together, as well as I hope to do one on ones with each of my boys to make sure each of them knows just how special and loved they are every day.