As Travel Tuesday comes to an end, Diana from Diana Elle Blog has gathered up the Past Prompts + Co-Hosts from over the years, creating a shortcut for anybody looking for blogging inspiration. 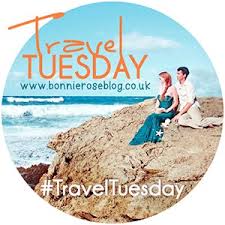 December 2013: Destinations during the holidays.

In August 2014 we got three new co-hosts: Amy, Jessi, and Camila

In February we got three new co-hosts: Amanda, Caity, Marcella, and Michelle.

March 2015: Local legends | The urban myths and stories you have come upon while traveling, in your expat, life, or ones from your hometown.

May 2015: Festivals and celebrations while traveling

August 2015: What is your worst / most embarrassing / biggest travel fail / travel experience?

October 2015: What’s a hidden gem that you have stumbled upon while exploring a new place?