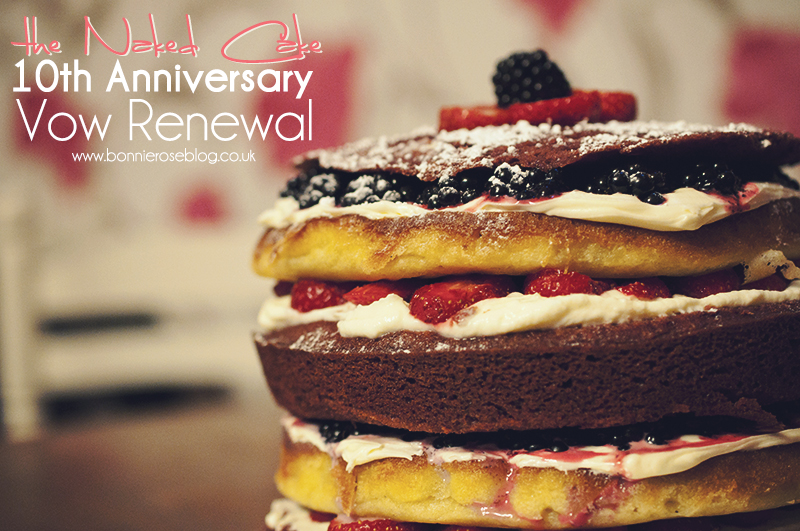 We are nearing the end of Love Week and one day away from the ceremony photos and video.  Today we fast forward to the return back to our B&B in Wales where we changed outfits and had some cake! I wore the same trousers from my wedding, but opted for my favourite colour top instead of the white blazer this year.  It is our 10th Wedding Anniversary Vow Renewal in Wales and I wanted to do keep things simple while making everything perfect and designed around us.  When it came to the cake I decided to do go the naked cake route.   END_OF_DOCUMENT_TOKEN_TO_BE_REPLACED

Birthdays are always a great celebration and last week we got to celebrate one here at the house.  The boys’ grandfather had his 60 something birthday.  The boys love to be in the kitchen so we talked about making something special.  So on the big day the boys and I spent our science period making a very chocolate cake with coconut oil.  It was very yummy and super rich.  But a nice special treat for someone celebrating a big birthday.  The boys were excited to pick out cards and get balloons and presents.  It was a fun evening.
http://www.bonnieroseblog.co.uk
www.bonnie-rose.co.uk
twitter.com/the_bonnierose
bonnie-rose.tumblr.com/
Instagram: thebonnierose

I just got carded to prove I was over 18 to buy special birthday candles for my son. #beforeiturn30thisyear

Happy birthday to my son Maddox! Just five years ago today I gave birth to him on the sunny island of Oahu, Hawaii.

Maddox’s Super Hero party at the bowling alley was quite fun. We had 13 boys in total and our party hostess took care of pretty much everything. The other parents made a lot of comments on all the details we put together for party. I think the consensus was that I should become a party planner. The photo booth went well though we did just one group shot since it was hard enough to wrangle all the boys together for a photo. The cake pops did not pass the decoration phase and our ‘plan b’ cake got left at home by mistake. So we are going to enjoy the cake on Maddox’s actual birthday. I have had very little sleep with party prep…pretty much exhausted.

Want to see more photos from the party? Stay tuned…

Today was the much awaited birthday party for my newly seven year old, Ronan.  He loves Indiana Jones. We went to a leisure centre for his birthday party and all the kids got to play in the  soft play area which had two stories.  Afterwards we had an english tea with a lot of canapes and treats.  At the parties in England you light the cake, but send pieces home instead with the guests. You also do not open presents until you get home.  The boys had a great time!

Today my partner turned the big 3-0!  I had to work today but Ryan stopped by at the end of my shift at the salon.  I surprised him by decorating one of the stations with ’30’ Balloons, a birthday card and a yummy raspberry cupcake. Afterwards I gave him a hair cut for his birthday.  He has been growing his hair out since he got out of the military in April and minus a few trims, its just been staying in a long style. We chose a longer on top, shorter on the sides and back style so he can wear it curly and straight.  Afterwards I picked up the boys from school and headed back to celebrate with Ryan.  The boys got Ronan a special pint class for his lager of choice and I got him the journal based on the Idiot Abroad series he likes so much.  Tonight in honour of his birthday we had our first Indian take away since moving to England.  Indian take away is to England what mexican restaurants are to San Diego, California.  Our supper was yummy and very spicy…just the way I love it. Afterwards we enjoyed a lovely chocolate pudding cake, which melted in our mouths after coming out of the oven.  The boys helped me before bedtime to get the fairy cakes ready for tomorrow.  They are having a special day in honour of the Children in Need foundation to raise money for the charity.  I decorated them with yellow bear heads that I hope slightly if at all resemble Pudsey, the bear mascot.